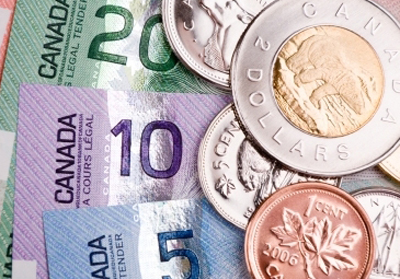 TORONTO: The Canadian dollar rallied to a two-week high against its US counterpart on Friday following dismal US labor market data that raised fresh doubts the US economy was ready for an interest rate hike this year.

Hiring outside of farming climbed by 142,000 in September, well below the 203,000 economists polled by Reuters had predicted. August figures, already below forecast, were revised sharply lower.

The disappointing numbers sent the greenback down sharply, hitting a two-week low, against a basket of key currencies including the loonie.

Federal Reserve officials have been signaling that they planned to hike interest rates for the first time in nearly a decade by the end of the year, but Friday’s soft employment numbers could fuel concerns that the US economy may be dragged by a China-led global economic slowdown.

Canadian jobs data for September will be released next Friday. August trade data and Ivey PMI figures for Canada are due next Tuesday.