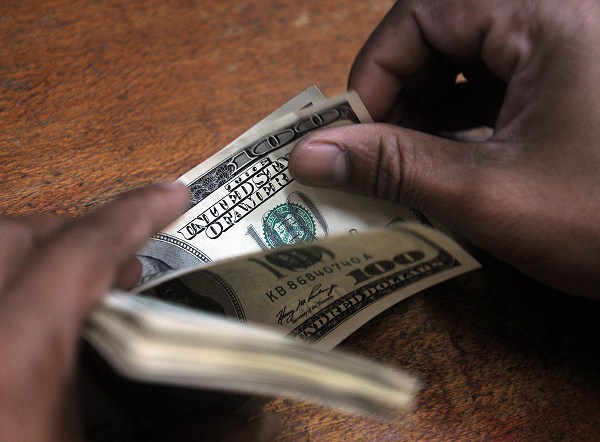 TOKYO: The dollar extended its losses against the yen and euro Monday as weak US and Chinese data fuelled concerns about the global economy, and bolstered the case against a December rate rise.

The US government said Friday that consumer spending rose only by 0.1 percent in the United States in September, less than expected and the slowest rate since January. More US figures, including jobs data, is on tap for later in the week.

The strength of the US economy is key to a Federal Reserve move on interest rates and more weakness could push back a hike — which is a plus for the dollar — into 2016.

“It is difficult to buy the dollar now as the recent economic figures are not strong enough to justify a rate hike. Players are now paying attention to key indicators to be released later this week, notably US employment figures,” he added.

However, the dollar did notch up modest gains against some emerging currencies from last week’s rates as riskier assets took a hit in the wake of the China-US economy numbers.

The US unit ticked up against the Indonesian rupiah, South Korean won, the Philippine peso and Thai baht.