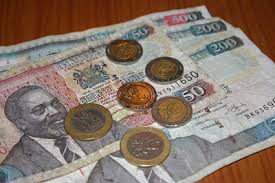 The shilling has gained in recent weeks as offshore investors send in dollars to buy government debt. Yields on the benchmark 91-day paper slipped at last week’s auction to 19.471 percent but remain far above normal levels.

Yields on the 182 and 364-day Treasury bills were above 21 percent at last week’s auction.

“We are stuck in a range,” said one Nairobi-based trader. “It’s only the central bank that will give us direction. Are they willing to let the shilling gradually weaken?”