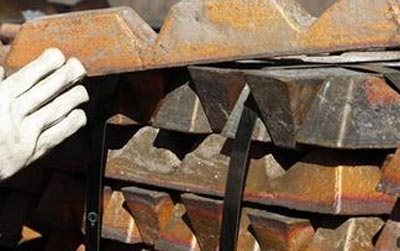 LONDON: Copper prices slid to a one-month low on Monday as weak manufacturing data from China reinforced concerns about demand in the top consumer, but signs of stronger export orders and a lower dollar helped limit losses.

Benchmark copper on the London Metal Exchange earlier hit a low of $ 5,086.50 a tonne.

However, the export component rose to 50.7, the first expansion since June.

“The data were encouraging, but the recovery is going to be a slow process.

It suggests some of the easing measures are starting to help stabilise the economy, but more is needed,” said Societe Generale analyst Robin Bhar.

It is a short-term relationship used by funds to generate buy or sell signals and why the market is also focused on the likelihood of a rise in US rates in December, which could strengthen the dollar and weigh on commodities.

“We expect that if and when the Federal Reserve decides to tighten, the pass-through effect on copper from the dollar channel will exist but be limited,” Barclays said in a note. It added that fundamentals such as the “the health of the global economy and the strength of Chinese demand” were likely to play a bigger role.

Clues to Chinese demand will come next week with the release of industrial production and investment data.

“Manufacturing, the metals intensive sector, is probably going to stay weak because of this rebalancing of China’s economy towards consumption,” Bhar said.

But traders expect it to revisit the six-year low of $ 1,460 hit last week.

The metal used in transport and packaging is under pressure from expectations of large surpluses this year and next, mainly due to Chinese overproduction and exports.

“Aluminium production cuts or capacity shutdown are slow, mainly because of local government’s support. As well as providing subsidies, local governments are also involved in power tariff negotiations between power suppliers and smelters,” Argonaut Securities said in a note.