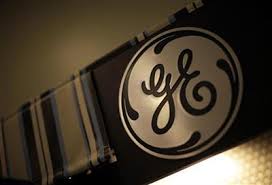 PARIS: General Electric announced Monday that it had finalised a deal to acquire the energy assets of France’s Alstom for 9.7 billion euros ($ 10.7 billion).

The deal’s closure follows approval of the deal in over 20 countries and regions including the EU, United States, China, India, Japan and Brazil.

Anti-trust regulators in Europe and the United States forced the company to sell off some maintenance assets to prevent it from dominating the gas turbine market before approving the deal.

The US company first reached an agreement with Alstom in April 2014 to buy its power and grid businesses after a bidding war with Germany’s Siemens in which GE made guarantees to the French state about jobs and technology.

“The completion of the Alstom power and grid acquisition is another significant step in GE’s transformation,” said chairman and CEO Jeff Immelt in a statement.

“The complementary technology, global capability, installed base, and talent of Alstom will further our core industrial growth,” he added.

The company also announced that it had sold a rail signalling business to Alstom for $ 800 million — part of GE’s efforts to focus more directly on its energy portfolio. Alstom, famous for its TGV trains, will now focus on high-speed trains.