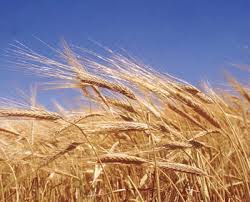 Black Sea prices for Russian wheat with 12.5 percent protein content were down $ 1 at $ 197 per tonne on a free-on-board (FOB) basis at the end of last week from a week earlier, agriculture consultancy IKAR said in a note.

Farmers have already harvested 105.8 million tonnes of grain before drying and cleaning, from 98 percent of the total area, the ministry said in a note.

Winter grains for next year’s crop have been sown on 15.7 million hectares, or 92 percent of the previously planned area, down from 16.4 million hectares a year ago, the ministry’s data showed. According to SovEcon, a Moscow-based consultancy, the condition of winter grain in Russia’s southern regions, which were hit by dry weather in September-October, is worse than last year.

Domestic prices for third-class wheat added 50 roubles to 10,600 roubles ($ 166) per tonne in the European part of Russia, on an ex-works basis, SovEcon said.

Domestic prices were supported by demand from exporters, who were searching for volumes for their previously agreed contracts, and also by the restart of the state stock replenishing programme.

The government bought 170,000 tonnes of grain for its stocks on the domestic market last week, but its purchases are expected to slow down in the coming weeks, according to SovEcon.

IKAR’s white sugar price index for southern Russia was at $ 608 per tonne, down $ 9 from a week earlier.