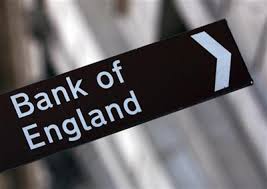 LONDON: The Bank of England on Thursday trimmed its forecast for British economic growth this year, warning about potential risks from a slowdown in emerging markets.

Gross domestic product was predicted to grow 2.7 percent this year, down from a previous estimate of 2.8 percent given in August, the BoE forecast after holding its key interest rate at a record-low 0.50 percent.

Policymakers meanwhile decided to freeze borrowing costs once again, against a backdrop of negative inflation in Britain.

“The outlook for global growth has weakened” since the bank gave its previous forecasts in August, the BoE said in a statement.

“Many emerging market economies have slowed markedly and the committee has downgraded its assessment of their medium-term growth prospects.

“While growth in advanced economies has continued and broadened, the committee nonetheless expects the overall pace of UK-weighted global growth to be more modest than had been expected in August.

“There remain downside risks to this outlook, including that of a more abrupt slowdown in emerging economies.”

The BoE also noted that markets have pushed their expectations for a hike to the first half of 2017, compared with mid 2016 back in August.

Turning to China, the BoE warned that a sharp slowdown in the Asian powerhouse would affect the British economy “through a number of channels, including through trade and financial interlinkages”.

The BoE’s rate-setting Monetary Policy Committee voted by a majority of 8-1 in favour of leaving rates on hold.

The MPC maintained also the bank’s level of cash stimulus pumping around the economy at £375 billion ($ 577 billion, 529 billion euros), it added in minutes published after its regular monthly policy meeting.