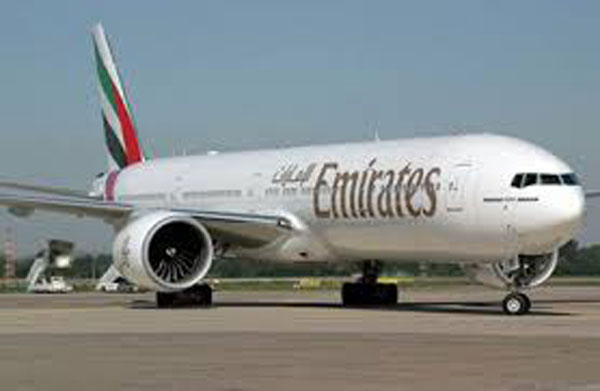 The largest Middle East carrier said fuel prices were 41 percent lower than a year before, while passenger numbers jumped 10 percent to 25.7 million in the six-month period ending September 30.

This was “despite external challenges such as continued regional unrest and economic malaise in many regions, and increased competition adding downward pressure on yields.”

Emirates cited “an unfavourable currency environment” due to a higher US dollar, as well as lower average fares “reflecting the airline’s decision to pass on some of its fuel cost savings to customers.”

Fuel remained the largest component of the airline’s costs, accounting for 28 percent compared with 38 percent in the corresponding period last year, Emirates said.

“The currency exchange situation, combined with ongoing regional conflict and weak economic outlook in many parts of the world, dampened the positive impact of lower fuel prices during the first half of our 2015-16 financial year,” Emirates chief Sheikh Ahmed bin Saeed al-Maktoum said in a statement.

He said the company made a “calculated decision” not to hedge fuel purchases, which paid off with the continued slide in fuel prices.

Emirates annual profits surged 40 percent to $ 1.2 billion last year on the back of lower fuel costs and increased revenues.

The largest operator of the Airbus A380 superjumbo and Boeing’s 777 widebody has a fleet of 240 aircraft. It serves more than 140 destinations from its hub at Dubai International — ranked world’s busiest for international passengers last year.