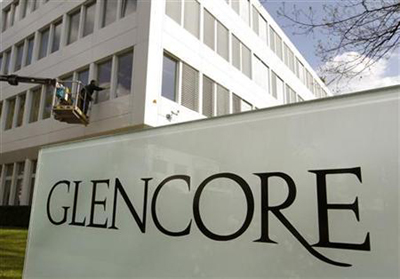 LONDON/JOHANNESBURG: Mining and trading company Glencore said on Wednesday it was on track to reduce its debt thanks to asset sales and was making deeper cuts in copper output to support weak prices, sending its shares 6 percent higher.

The stock ignored news from Zambia where President Edgar Lungu said he would not allow Glencore to lay off workers at its Mopani Copper Mine as it suspends production for 18 months, putting the miner’s output cut plans in jeopardy.

The London-listed company has come under pressure from investors and ratings agencies to cut its net debt of $ 30 billion, one of the highest in the industry, as prices for its key products copper and coal sank to six-year lows in August.

Swiss-based Glencore has pledged to cut its net debt to $ 20 billion by the end of 2016 to regain the trust of investors after its shares tumbled to record lows this year.

The miner said on Wednesday it was targeting net debt of $ 25 billion by the end of this year as it implements a debt-reduction plan involving asset sales, reducing capital expenditure, suspending dividend payments and raising $ 2.5 billion of new equity capital.

“This was as good a denouement to the end of a very volatile quarter as one could realistically expect,” Barclays analysts said in a note.

The group said on Tuesday that it had agreed to sell future silver output from its stake in the Antamina copper mine in Peru to Silver Wheaton Minerals for $ 900 million in cash in a “streaming deal”.

It said an additional transaction was in progress and it had started processes to sell a minority stake in its agriculture business as well as its Lomas Bayas copper operation in Chile and its Cobar copper mine in Australia.

Glencore shares, down 57 percent this year, have recovered from record lows reached in September and were trading 6.3 percent higher at 127 pence as of 1217 GMT on Wednesday.

Glencore said its trading division, or what the company calls marketing, performed better over the third quarter, allowing it to maintain its full-year target of $ 2.5-$ 2.6 billion in adjusted earnings for the division.

Glencore makes about a quarter of its earnings from commodities trading, which had previously allowed it to withstand a steep fall in oil and metal prices slightly better than pure-play miners.

But the division came under the spotlight after it generated lower-than-expected earnings in the first half and the company cut trading’s full-year earnings forecast.

“The company has suffered a sharp drop in confidence, but we think concerns over marketing and industrial earnings are overdone,” Credit Suisse analysts said in a note. “We expect marketing to remain a cash cow.”

Goldman Sachs said weaker commodity prices remained a worry and that lower debt was unlikely to persuade some investors that Glencore had overcome problems regarding its balance sheet and credit ratings.

The miner cut 500,000 tonnes of zinc production last month. In September it suspended some copper production at its Katanga Mining unit in Democratic Republic of Congo and at Mopani Copper Mines in Zambia, removing 400,000 tonnes of cathode from the market.

Glencore’s Mopani mine notified the Zambian government in September that it planned to lay off close to 4,000 workers.

But President Lungu said on state television late on Tuesday that he would meet Mopani management over the job cuts.

“Mopani should now use the money that they earned when copper prices were high to run the mines and no worker should be laid off,” Lungu said.