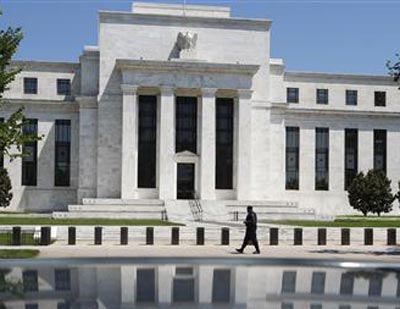 NEW YORK: The US Federal Reserve awarded $ 87.66 billion of one-day fixed-rate reverse repurchase agreements on Thursday to 43 bidders at an interest rate of 0.05 percent, the New York Fed said on its website.

On Wednesday, the Fed had allotted $ 107.41 billion in overnight reverse repos to 43 bidders, including Wall Street dealers, money market mutual funds and mortgage finance agencies, also at an interest rate of 0.05 percent.

The overnight interest rate in the repurchase agreement, or repo, market was last quoted at 0.10 percent to 0.16 percent, compared with 0.17 percent on Wednesday, according to ICAP.

In the repo market, money funds and other investors make short-term loans to banks and Wall Street dealers, which pledge Treasuries and other securities as collateral.