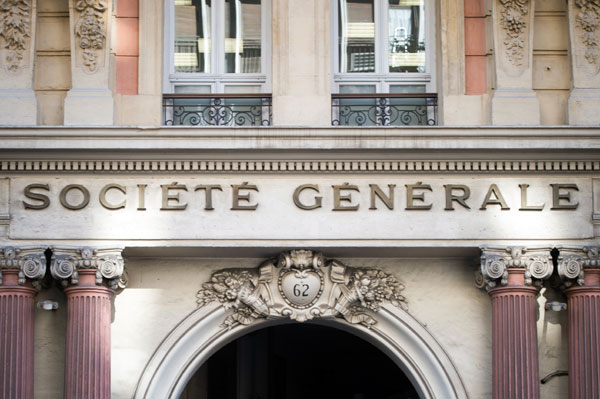 Chief executive Frederic Oudea said the bank hopes the bulk of the reduction will be achieved as staff retire or voluntarily leave the bank.

However, French Labour Minister Myriam El Khomri expressed concerns and called on the bank to “avoid redundancies” as it culls its branch network by some 20 percent.

In an interview with BFM television, El Khomri said she could “understand the concerns” of workers who fear for their future.

As well as its own branches and subsidiary Credit Du Nord, Societe Generale also owns online bank Boursorama where it is looking to ratchet up its current client base from 700,000 to two million in a five-year process for which it is earmarking 1.5 billion euros ($ 1.7 billion) in investment.

The group’s move towards online banking is evidenced by a falloff in the number of customers visiting physical branches — from 57 percent in 2007 to 42 percent in 2012, with clients are increasingly contacting advisors by e-mail.

Oudea said the restructuring would highlight how the activities group’s three wings — SocGen, Credit du Nord and Boursorama complement each other.

While El Khomri recognised the increasing popularity of online banking as a reality, the vice-chairman of the far right National Front, Florian Philippot, demanded the government “put pressure” on SocGen to scrap its job cuts plans, indicating that closing branches would penalise small towns.

Shares in Societe Generale were up 6.7 percent to 45.31 euros in afternoon trading in Paris.