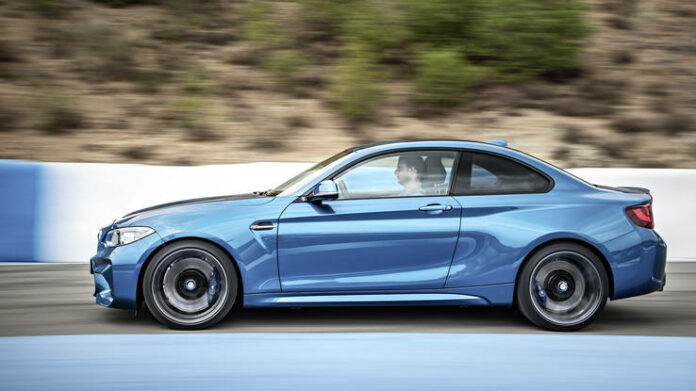 Simply put, the BMW M2 is the greatest, funnest, most-tossable BMW since our long-lost love, the E36 M3 from 20 or so years ago. And at 50 or so grand, it’s even almost reasonably priced, compared to what you could spend to get something bigger, heavier and without this car’s great balance. The BMW M2 takes all the driving qualities that first drew you to BMWs and adds all the best modern technology and engineering sophistication. The guy you really have to thank for all this is BMW board member Klaus Froehlich, the man who fixed the 3-Series and then made sure all that driving feel and response was instilled in the M2.

Yes, the M2; here are the specs: Power comes from a 3.0-liter straight-six with a single TwinScroll turbo making 365 hp and 369 lb-ft of torque. Much of the six-cylinder’s character comes from the larger, heavier M3 and M4 with which it shares pistons, top rings, gray cast iron cylinder liners and crankshaft main bearing shells. It is mated to your choice of six-speed, rev-matching manual or seven-speed M Double Clutch Transmission. From there, power goes to the electronically controlled Active M Differential, which can lock up to 100 percent as traction — or lack thereof — requires it. The car’s electric power steering is engineered by BMW M for maximum feel (“…feel in the front, stability in the rear…”). The body into which these components are bolted is stiffened with two front cross braces and a big undersill plate beneath the engine. The front and rear aluminum axles are from the M3/4.

Likewise, the shocks are not electronically adjustable, they’re set at a fixed rate. 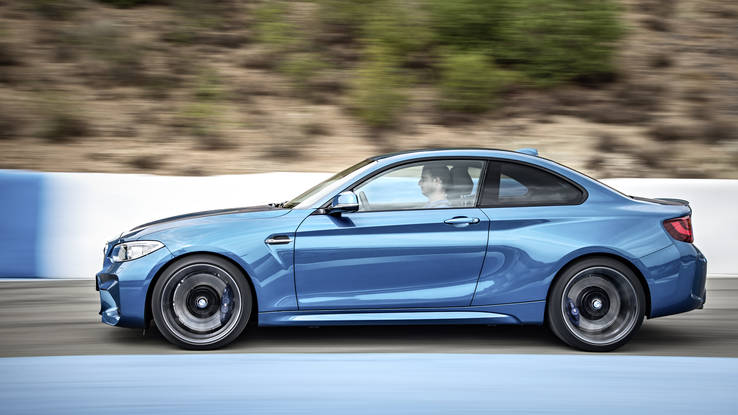 The M2 may be the best track day daily driver you can buy for 50 grand.

It’s everything you loved about the earliest M3s but with all the modern conveniences: so connected, so much control, such feeling through the steering wheel.

Our first drive was in an M2 with the rev-matching manual. Yes, that sounds a little weird. The engine automatically matches revs as you push the lever into each gear. You can turn this function off if you want to handle the task yourself, but it was kind of cool to let the car do the work itself. Don’t know how that would feel after lengthier ownership than we had, but for our drive, it was an interesting parlor trick. It certainly matched revs more smoothly and consistently than we would have done it.

Our drive started just east of Mazda Raceway Laguna Seca over Laureles Grade, a twisty two-lane usually slowed by lumbering septic tank trucks half full of bilge sploot, followed by a couple hundred Prii and an SUV or two. But on our M2 drive day, it was empty, and man oh man did that M2 hunker down and hang on right away all through the turns. In truth, it didn’t even have to hunker, it was already down and gripping the corners like crazy glue in a crazy glue commercial. Balance is 51/49 front/rear, helping the car track true. The electric power steering feel is selective about what it communicates; no bumps came through and altered the course of the car through the corner — we felt only the inputs we wanted to feel.

Then, on a long stretch of crowded Highway 1 south to Big Sur and back, we experienced the car’s daily drivability. Even though BMW tunes the exhaust to American ears, which supposedly want to hear a louder note than their European counterparts, we never felt the sound was intrusive. Nor was the ride too harsh on regular old roads, even those as potholed as this one. A few open stretches allowed us to nail the throttle and the M2 felt fully capable of reaching its 155-mph top speed (though we didn’t go that fast).

Next was track time, for which this car was built. In the interest of preserving its fleet, no doubt, BMW had pre-selected M2s with M DCT seven-speed transmissions for us to drive on the track. We weren’t going to complain. Better to let the transmission do some of the thinking for you in some situations, we say, and the DCT shifts much faster than any human. We bumped the drive mode selector into sport-plus for this outing and headed out. The track we were about to lap was no less than Mazda Raceway Laguna Seca, and we were to follow no less a driving talent than BMW’s own Bill Auberlen, fresh from piloting the new M6 GTLM at Daytona. The thing to like about Auberlen is that he assumes that you want to drive as fast as he does and gives you the opportunity to do so pretty much right away.

With the exception of the last corner entering the straight, the 11 turns of this speeder’s paradise can be taken very, very fast. So that’s what we did, following Auberlen as closely as we could. Even with sport-plus engaged, a setting which tells you it has switched off stability control, you are still kept from killing yourself with a subtle dollop of DSC intervention. Thus, when we exited turns two and three with too much throttle, the back end stepped over just a little but not enough to interfere with our forward progress very much. That slight intervention likewise kept us in line getting the 3,505-pound car light toward the end of the long front straight going under the bridge, the fastest part of the track. We just kept the throttle down and DSC (and the guiding hand of Klaus Froehlich) kept the car going straight and true. In fact, it felt remarkably stable all the way around the track. Never did it feel like we could get into trouble, which will be great for your lap times. BMW says the M2 laps the Nordschliefe in 7:58.

He’s certainly right about that. 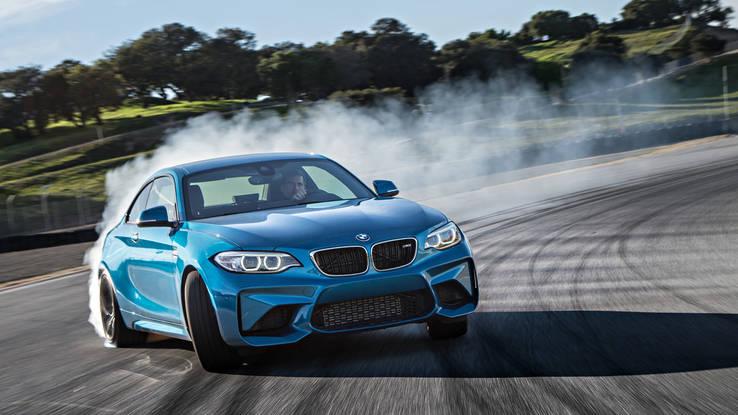 The Drive Mode allows for a Drift setting as well as a Launch setting.

Do you have to ask such a question? Of course you want this. Here’s your plan: order it now, right now, and save $ 2,615 by taking Munich delivery (MSRP Munich $ 49,115). Put that extra money toward an airplane ticket and pick up the car in Munich after the snow clears. Then send an e-mail saying something like, “I feel that an excellent story idea for the Autoweek magazine would be to co-drive our M2 over every pass in the Alps.” We will wait here by the inbox.