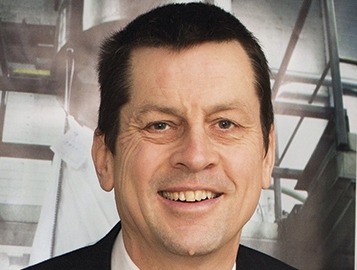 PRW Axion director Keith Freegard cited the Stockholm Convention on Persistent Organic Pollutants (POPs) which requires its parties ‘to take measures to eliminate or reduce the release of POPs into the environment’.

Plastics recycler Axion Polymers Ltd.has warned that any future regulatory changes in the pursuit of eliminating harmful substances and “legacy additives” from plastics could act against the interests of recycling end-of-life materials.

The Manchester, England-based firm’s director Keith Freegard has called for a sensible balance between the various powers who are trying to encourage greater recycling and reuse of materials in Europe and those who wish to completely ban a whole host of substances that could be successfully and harmlessly dealt with.

Substances that may have serious and often irreversible effects on human health and the environment can be identified as Substances of Very High Concern (SVHCs). If a substance is identified as an SVHC, it will be added to the candidate list for eventual inclusion in the authorization list.

According to the European Chemicals Agency, the candidate list of substances of very high concern for authorization currently has 168 unique substances, of which seven new ones were added during 2015.

Freegard said: “There is currently much debate centered on the future direction being taken by European regulators over action on Persistent Organic Pollutants (POPs) and Substances of Very High Concern (SVHCs) and how their treatment would impact on the subsequent recycling and reuse of manufactured products containing them.

“There are real fears that completely banning certain substances, even when present in very tiny amounts, could prevent valuable plastic resources from being recycled and diverted from landfill.”

He cited the Stockholm Convention on Persistent Organic Pollutants (POPs) which requires its parties ‘to take measures to eliminate or reduce the release of POPs into the environment’.

“If we’re truly going to achieve a sustainable position for recycling in the transition to a Circular Economy, then surely a pragmatic approach needs to be taken to ensure that we are not jeopardizing that vision for the sake of a ‘toxic-free’ Europe,” Freegard added.