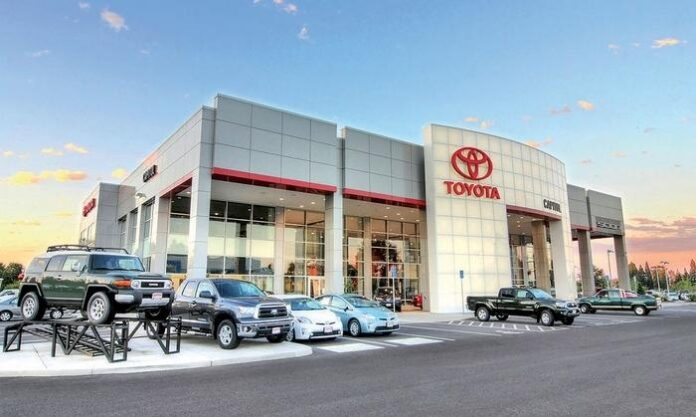 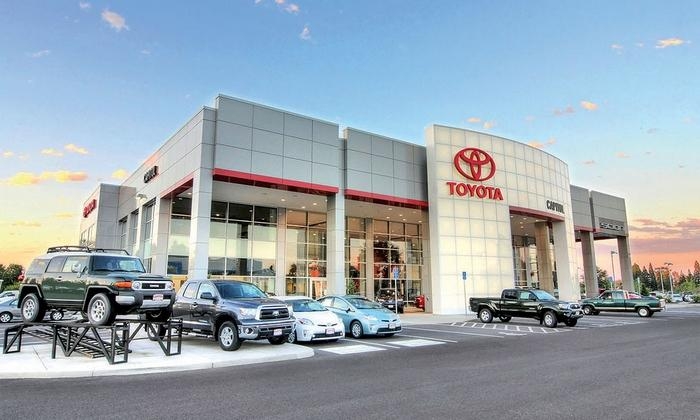 Automotive News Capitol Toyota in Oregon is among more than 40 dealerships suing suppliers for price-fixing.

Tokyo — U.S. auto dealers and consumers are suing parts makers, saying they paid more for their vehicles because of price-fixing by the suppliers.

The civil suits follow numerous criminal cases filed by the federal government over price-fixing. Those resulted in corporate fines and prison time for managers at the accused suppliers. The civil suits could be exponentially more costly to the suppliers in question.

In a procedural move in December, many of the plaintiffs consolidated their separate cases into two suits — one each for dealerships and consumers — with their legal focus centered on Japan’s largest automotive supplier: Denso Corp.

It spells more bad news for many of the 23 defendants. If the cases go to trial and a jury agrees with the plaintiffs, the suppliers could face penalties up to triple the actual damages.

What’s more, because numerous suppliers are being wrapped into the same suits as alleged co-conspirators, they would be liable not only for the damages caused by their own price fixing but also for the damages of the other suppliers, lawyers said.

That could dramatically ratchet up their payouts.

Denso was targeted as the ringleader of a wider conspiracy because of its size and reach. It does business with dozens of other suppliers and auto manufacturers, plaintiff lawyers said.

“Denso is the center of the conspiratorial conduct,” said Steven Williams, a lawyer at the Cotchett, Pitre & McCarthy law firm outside San Francisco who represents consumer plaintiffs.

“Denso was sufficiently big and powerful that even those companies that might say “We prefer not to do this’ could be forced to because Denso could then take retribution on the company that refused to cooperate,” Williams said.

The two suits, each seeking class-action status, were filed in U.S. District Court for the Eastern District of Michigan in Detroit under Judge Marianne Battani. One suit was filed on behalf of auto dealer plaintiffs, the other on behalf of consumers. They mirror each other in their accusations.

Capitol Toyota in Oregon is among more than 40 dealerships suing suppliers for price-fixing.

Defendants include Denso and other parts makers that have allegedly done business with Denso, many of which have already been fingered in the Department of Justice’s ongoing criminal crackdown. But the list includes some suppliers that have not yet been publicly charged by the Justice Department, such as Calsonic Kansei Corp., Delphi Automotive, Keihin Corp. and Mahle Behr GmbH. (For a full listing of dealership plaintiffs and supplier defendants, go to autonews.com/pricefix.)

Battani is to decide in March whether the cases can be consolidated.

If that happens, it would reduce the number of class-action suits against automotive parts suppliers to around 15 cases from the more than 30 already being pursued, Williams said.

Several civil cases are expected to proceed independently against other suppliers in such fields such as bearings, seat belts, airbags and anti-vibration rubber parts, he said.

The scope of the Denso conspiracy only came into focus after the Justice Department and antitrust authorities in other countries escalated their crackdown on price fixing among mainly Japanese suppliers.

“Now that we have had the curtain pulled back, we can see the picture more clearly,” Williams said.

The dealer and consumer class actions that seek to be consolidated allege a horizontal conspiracy, in which Denso, the world’s fourth-largest supplier, acted as a clearinghouse for bid rigging and market allocation among the others.

The parts span everything from instrument panel clusters and alternators to radiators and fuel injection systems.

The plaintiffs cite what they call the Japanese business practice of shouken, meaning “respecting commercial rights” or “respecting incumbency.” The understanding was if one supplier had an existing relationship with an automaker, the others wouldn’t muscle in on that territory. They would “pretend” to compete but ensure their bids were too high, the suits claim.

Suppliers also allocated business among themselves geographically, the suits say.

Those and other practices unfairly drove up prices paid by dealers and consumers for their cars, the proposed class actions say.

Williams said the money involved could be “well in excess of that number” because the alleged fixing covered a decade. Said Williams: “We’re talking about an enormous amount of commerce.”