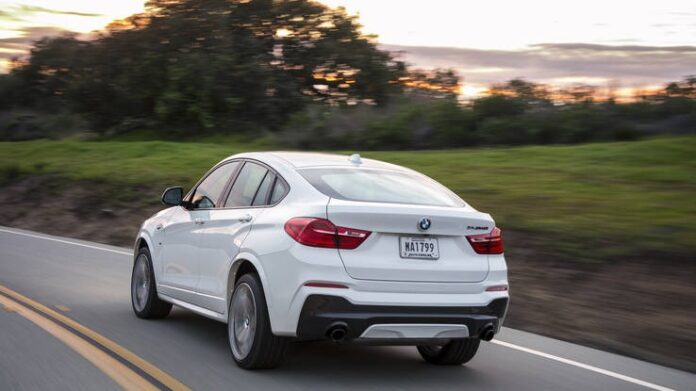 The X4, in not-quite-full-M guise, wants to be all things to all people. It’s a 3-Series — more or less — at its foundation, with a curving roofline that makes it only slightly less utilitarian than the X3, but considerably more useable than the 3. Being set up in M Performance Automobile trim means that it is sportier than an X3 but not as sporty as an M3. It is the top-of-the-line in the very narrow line of 3-Series-based X products, rising well above the xDrive28i and xDrive35i in performance. In Munchner corporate parlance it’s called a Sports Activity Coupe, a moniker that makes perfect sense in the twisted, tortured logic of BMW’s byzantine product-planning department.

It is powered by the same engine found in the very sporty M2: the 3.0-liter TwinPower Turbo straight-six making 355 hp and 343 lb-ft of torque (note that TwinPower refers to the engine’s “TwinScroll” turbo, not to its turbo, of which there is only one). It also gets BMW’s injection system, Double VANOS variable camshaft control system and VALVETRONIC, which BMW capitalizes as if it’s yelling at you. Like the M2’s powerplant, this engine shares some parts with the M3, but not enough to challenge it in output. All that power is routed through an eight-speed STEPTRONIC tranny (again with the yelling all-caps) and thence to all four wheels via intelligent all-wheel drive with more power going to the rear wheels than the fronts for more performance. With all this, 0 to 60 takes just 4.7 seconds and top speed is 150 mph. 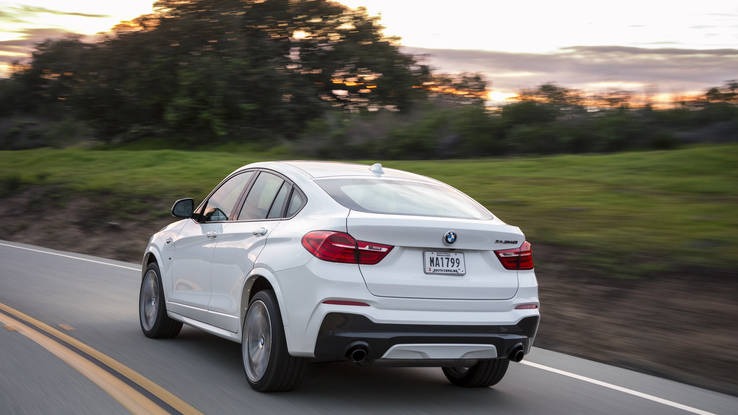 The BMW X4 M40i is sportier than an X3 but slightly less utilitarian and a lot more expensive.

If you compare it to most vehicles in the class, it’s sportier to drive. What constitutes its class, however, can be debated.

Let’s say the V6 AWD versions of the: Infiniti QX50, Acura RDX, Volvo XC60 and Mercedes GLC. Compared to them, if we were looking for the sportiest and most fun to drive, we’d take this. Yes, you feel that top-heavier tipiness that comes when you raise the roof and the center of gravity compared to the sedan, coupe and wagon version, but you simply adjust your internal calibrations to account for body roll and some small amount of plow, and you press on.

The M Performance suspension trim means it gets stiffer springs and a stiffer setting on the electronically controlled shocks, as well as a more precision-oriented tune on the variable-ratio steering. And the Michelin Pilot Super Sport tires held on longer than we would have thought they would before gradually slipping. We drove it around the Monterey hill country, pushed it hard and had a good time. It wasn’t bad at all. It was, by the standards of any of the competition, fun. Acceleration is whippingly fast for something that weighs 4,235 pounds, and remember this is a body style that accepts a mountain bike in the back with the front tire still on. 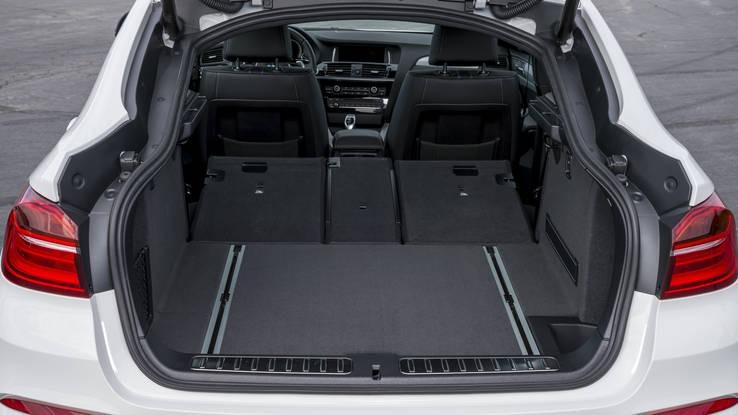 That’ll fit a mountain bike with the front wheel still on!

That roofline isn’t for everyone. The 6-Series version of this body style is remarkably popular, though, so maybe it’s just a matter of taste. And it is a sprightly performer. Price is $ 58,795 to start, which may be a class or three above our market niche, but you could easily use this as your only car, so in that regard you’d be saving money!