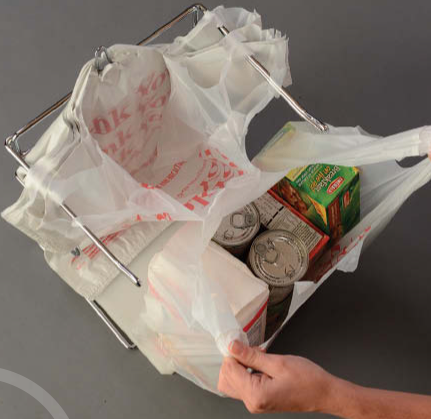 Soon supermarkets and most shops in New York City may charge shoppers 5 cents for disposable bags.

The New York City Council voted 28-20 May 5 to have stores to charge 5 cents for plastic and paper bags, with some exceptions.

When signed by Mayor Bill de Blasio, who supports the measure, it would take effect Oct. 1.

The vote was the council’s closest in some time.

Twenty council members stood to voice their thoughts on the bill before the vote, a rare occurrence at a council meeting. Opponents of the bill called it a tax, but also took issue with the fact that businesses will keep the fee revenue. Councilmen Steven Matteo, R-Staten Island, and Barry Grodenchik, D-Queens, said their constituents would drive out of the city to shop to avoid the bag charges. Councilwoman Inez Barron, D-Brooklyn, said the bill was a regressive tax that unfairly punishes the poor.

But other council members said the bill would help the environment and not burden shoppers, who would learn to bring reusable bags when they shop and wouldn’t have to pay a fee for purchases made at restaurants or with food stamps. The legislation also calls for the city to give out free reusable bags.

The bag fee was initially proposed at 10 cents, but the sponsors halved it to address concerns about the financial impact on shoppers. Bags used for prescriptions will also be exempted from the fee.

“This is a compromise. This is not a ban, this is not 10 cents,” said Councilman Corey Johnson, D-Manhattan.

The city spends more than $ 12 million shipping 91,000 tons of plastic and paper bags to out-of-state landfills, according to the council. That is a tiny fraction of what the city spends on waste, but supporters of the bill said bags tend to end up as litter and are usually unnecessary, because shoppers can take reusable bags to stores. The bag fee aims to condition New Yorkers to do so.

The city will buddy up with businesses and nonprofits to distribute reusable tote bags before the rule goes into effect, the law states.

Councilwoman Margaret Chin, D-Manhattan, the bill’s co-sponsor, thanked the bill’s supporters for taking what she called a “courageous step.”

“I know it has been difficult for you, and I am grateful,” she said.