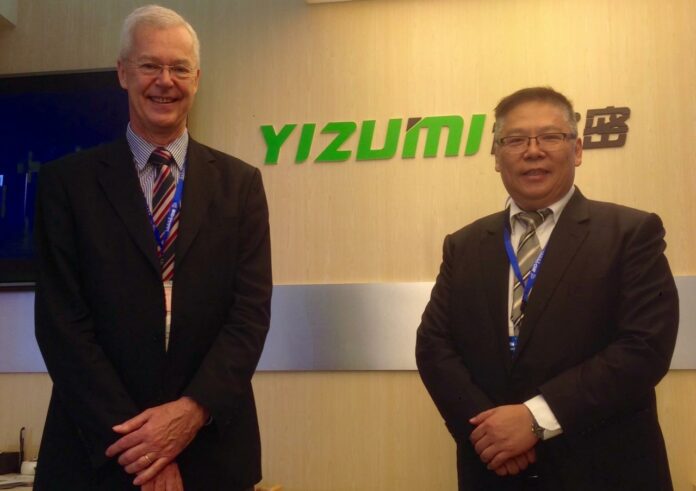 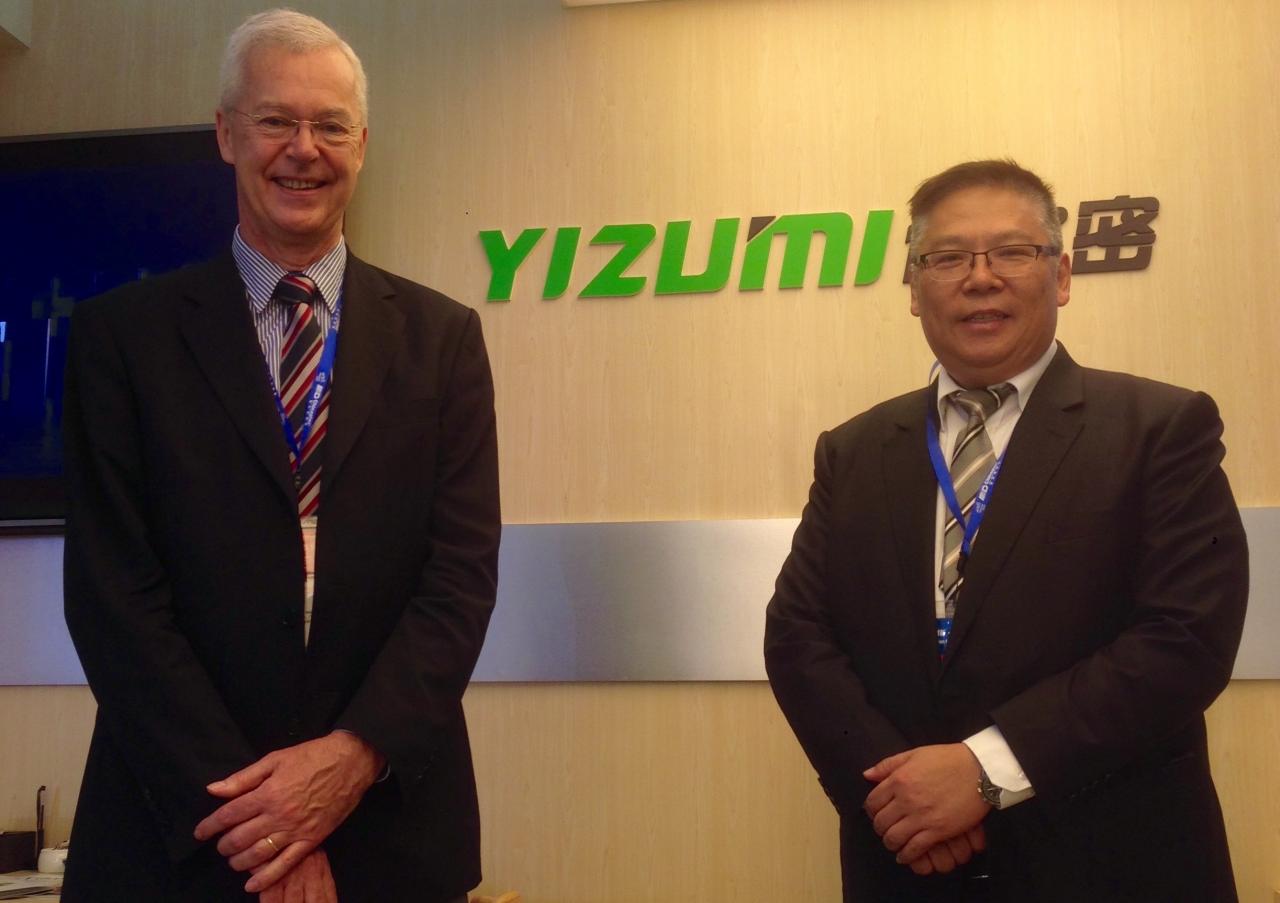 Shanghai — Guangdong Yizumi Precision Machinery Co. Ltd. highlighted custom, high-end applications with a quartet of machines at Chinaplas in Shanghai. And CEO Richard Yan said China’s plastics machine sector is back on track after a year of sluggish growth.

The Shunde, China-based company showcased its new PAC-K series of fast injection molding machines optimized for food-container production. Using a four-by-four stack mold, the PAC450K at the show pumped out eight 1-liter thin-walled polypropylene containers in a rapid-fire 5-second cycle time. To achieve this speed and accuracy, the machine has a redesigned toggle, faster injection speed, and a screw optimized for fast recovery.

“If you increase only the hydraulic power of the toggle, the machine will be faster, but the kinematics of the toggle will remain the same. But to get low energy and high acceleration, you need to change the structure of the toggle,” said Chief Technology Officer Hans Wobbe.

Precision control was demonstrated with a two-platen UN1300DP. A robot arm lifted a PVC car-seat covering and placed it into the machine, which carefully molded it to a 1.5 kilogram PP backing. The full cycle time took 60 seconds.

“To keep the nice surface [of the PVC], you have to have a machine which is able to control the clamping force in the tie bars independently and very, very precisely. Otherwise, you will get misalignment and you’ll destroy the product surface,” Wobbe said.

Yizumi showed off its metal-in-metal capabilities with an all-electric FE60S producing stainless-steel surgical forceps with a dimensional accuracy of +/- 0.01 millimeter and weight tolerance of 0.01 grams.

CEO Richard Yan sounded optimistic that China’s plastics machine industry is back on track after a year of sluggish growth. “We had a record high order-intake in March. The situation is continuing in April. We don’t know about May and June yet, but we believe the worst time has passed.”