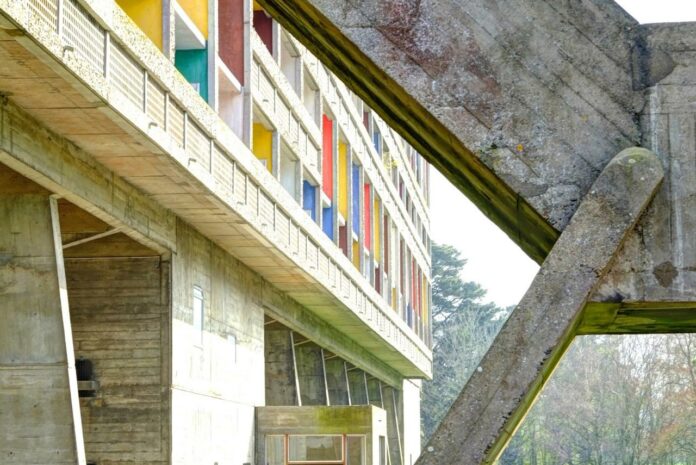 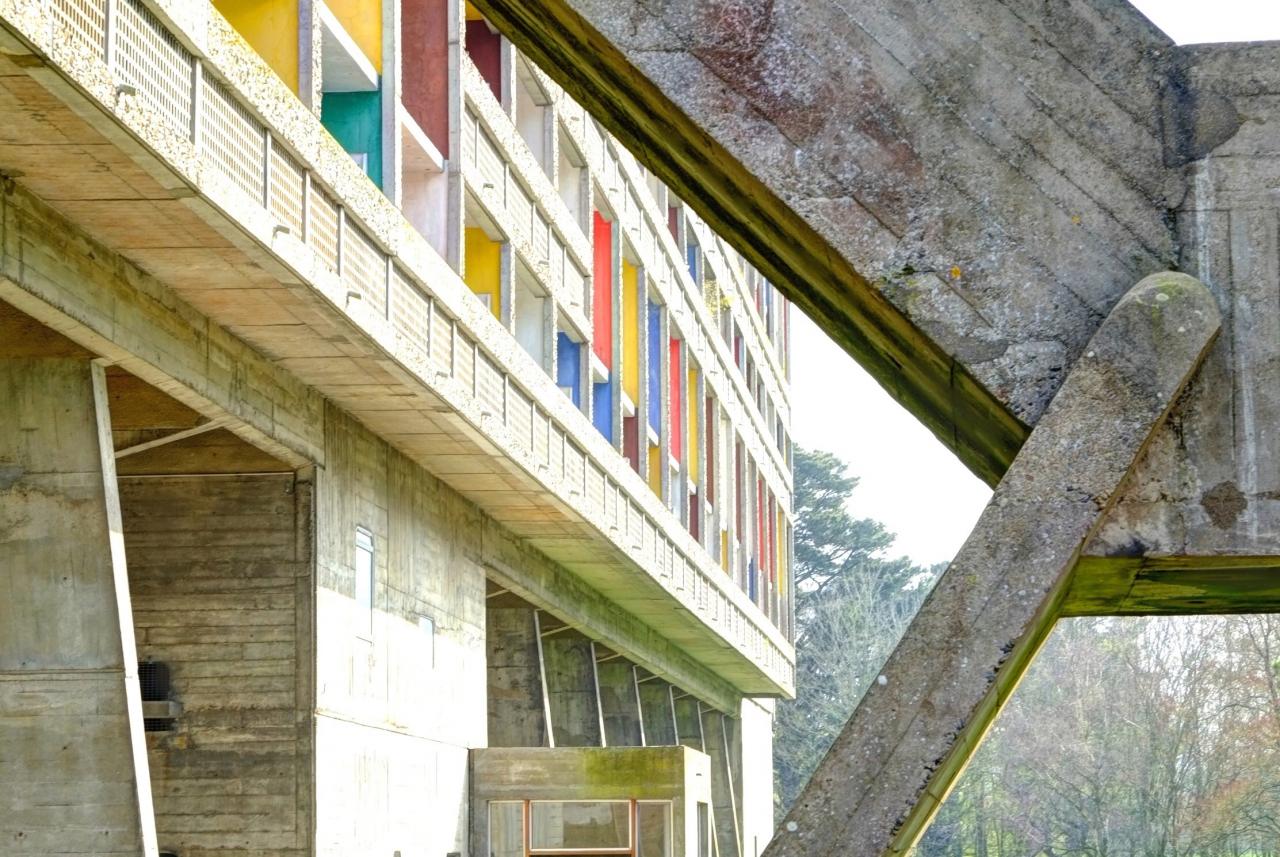 Concrete in crisis: pioneering buildings like Le Corbusier’s Unite d’habitation in Marseille, France popularised the use of concrete. But now novel solutions are needed to lessen its environmental impact.

In this feature for Plastics News Europe, James Snodgrass reports on European Union-funded projects that seek to lower the carbon dioxide emissions and embodied energy in construction.

Construction: it uses energy… lots of it. The CO2 emitted from the production of concrete alone accounts for 5 percent of global greenhouse gas emissions. To help the construction industry tackle the problem, the EU has funded a number of projects intended to lower industry’s energy usage and greenhouse gas emissions. These projects have focused on embodied energy, rather than just looking at the environmental impact of a building in use.

Embodied energy represents a total view of the environmental cost of building materials, analogous to the “field to fork” model of energy usage in the food industry. The embodied energy figure takes into account not just the sum of energy needed to manufacture a material, but also the energy used to discover, extract and transport that material prior to manufacturing.

One such EU-funded project is Leema (Low Embodied Energy Advanced (Novel) Insulation Materials and Insulating Masonry Components for Energy Efficient Buildings). The project, based in Greece, reported its findings in December 2015. The objective of the project was to create sustainable alternatives to traditional insulation materials that offered better fire prevention properties, less shrinkage and lower volatile compounds, in addition to lower embodied energy.

The products created by the Leema project have been dubbed “3i” – inorganic, insulating, incombustible. The project was coordinated by Christos Dedeloudis of S&B Minerals, based in Luxembourg. Dedeloudis said: “The two key components developed within the Leema project are the 3i loose fitting materials [3i LFMs] — new lightweight expanded granular materials that can replace traditional bulk insulation – and 3i binders, designed to replace cementitous binders or even clay. To date, test results demonstrate that these products have great potential.”

Inorganic polymers are at the heart of these novel materials as they are inorganic, and are incombustible, bringing in fire prevention properties. They have a low thermal conductivity coefficient, low carbon footprint and are compatible with existing manufacturing processes. The inorganic polymers are formed from a silicate or aluminosilicate raw material activated with a solution of sodium hydroxide, dissolved silicon dioxide and water. The inorganic polymers can be produced from mineral tailings-waste, recycled materials and other industrial by-products, can cure at low temperatures (50-100°C) for 24-72 hours to achieve optimal mechanical properties, and provide expansion at relatively low temperatures.

The four-year project is now complete and the project partners are looking to upscale production of the new materials to commercial quantities. In its report, the Leema team has suggested that the materials it has developed will lead to a reduction of at least 50% in the embodied energy, at a component level, compared with existing materials. 3i LFM for cavity wall insulation, for instance, has a reduction in embodied energy of more than 58% compared with expanded perlite and more than 75 percent compared with organic insulation products. Furthermore, 3i LFM is claimed to be 77 percent lower in cost than expanded perlite, up to 40 percent lower in cost than organic insulation and more than 97 percent less expensive than aerogel blankets.

Another attempt to cut the carbon footprint of concrete has been sought by the EU-funded Sus-Con (SUStainable, innovative and energy-efficient CONcrete). One ton of structural concrete, using approximately 14 percent cement, is estimated to produce 180 kg. of CO2 (or 127 kg. with 30 percent fly ash replacement of cement).

The Sus-Con project, which started in August 2011, and is still active, published a second preliminary report in December 2015. It aims to make energy-efficient concrete by the integration of all-waste materials. Cement, the primary binding agent in concrete is responsible for high energy consumption and CO2 emissions. While the aggregate, which makes up much of the bulk of concrete, has a high impact on the concrete’s thermal resistance, the knock-on effect of which is high energy consumption in the completed building.

The project is based at CETMA, the Engineering Design and Materials Technology Centre in Brindisi, Italy. It has two aims: to reduce the embodied energy of concrete by totally replacing traditional binders with novel ones (geo-polymers) made from waste- or byproducts; and to produce light, thermally efficient aggregates composed entirely of waste material.

The main commercially exploitable results concern novel types of aggregates and binders made completely from secondary raw materials, including plastic waste, electrical and electronic waste, polyurethane foam and municipal solid waste. In the future the project hopes to combine these novel products in an energy-efficient lightweight concrete made entirely from secondary materials.

“The lightweight, eco-friendly, cost-efficient and all-waste concrete products we’ve developed are applicable for both ready-mixed products (floor screed and floor screed underlay) and pre-cast applications (blocks and panels),” said project coordinator Alessandro Largo of CETMA. “These pre-cast and ready-mixed prototypes have been produced by various European construction companies within the project, and their compatibility with existing production processes has been demonstrated in real life trials.”

These trials saw Sus-Con materials being installed in real buildings at sites in Spain, Turkey and Romania. The prototype buildings were monitored for energy efficiency and tested for their mechanical, thermal and acoustic insulation properties, and also their fire resistance.