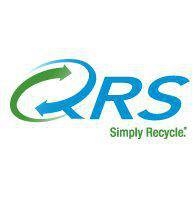 QRS The closure of QRS Recycling of Georgia LLC does not affect other QRS sites, the company said.

The shaky plastics recycling economy is claiming another victim with the closure of a processing site in Atlanta.

QRS also operates recycling sites in St. Louis and Baltimore, but those separate legal entities are not impacted by the decision to close in Atlanta, QRS CEO Greg Janson said in a June 8 interview.

“It is a PET-centric plant. It’s located in the heart of the PET reclaimers and it was very dependent upon bringing in mixed bales, sorting out the polymers, primarily PET, and selling that back to the reclaimers,” Janson said.

“It was a first-generation PRF [plastics recovery facility], meaning it was a whole-bottle PRF. We did not do any reclaiming to flake,” he said.

Other QRS sites, Janson said, are second-generation PRFs that make washed flake, which adds more value to what is then sold off.

“I want to emphasize that this is isolated to Georgia,” he said about the decision to close and file for bankruptcy court protection. He also emphasized that all material suppliers have been paid.

That’s important to note for the company because QRS’s other operations, while separate legal entities, continue to rely on suppliers for their feedstock.

QRS of Georgia offered the 25 or so employees in Atlanta work at the other two locations, and a few of them took the company up on the offer, Janson said. Those who declined were given severance packages, he said.

“It has been a very successful plant up until PET collapsed,” he said. The price for PET fell from 19 to 6 cents per pound precipitating the closure.

Janson said the falling market created “a survival of the fittest and it did not make it.”

He estimated total debt across all QRS operations at about $ 13 million, and that total unsecured debt for QRS of Georgia is at about $ 500,000.

“The decision to file was a difficult one,” Janson said in a statement. “But we ultimately felt that a Chapter 11 filing was the best way to facilitate a timely and efficient sale of our assets in Atlanta and to most effectively deal with our real estate situation.”

“QRS has been in the recycling business for 42 years and we look forward to pioneering recovery for another 42,” Janson said.