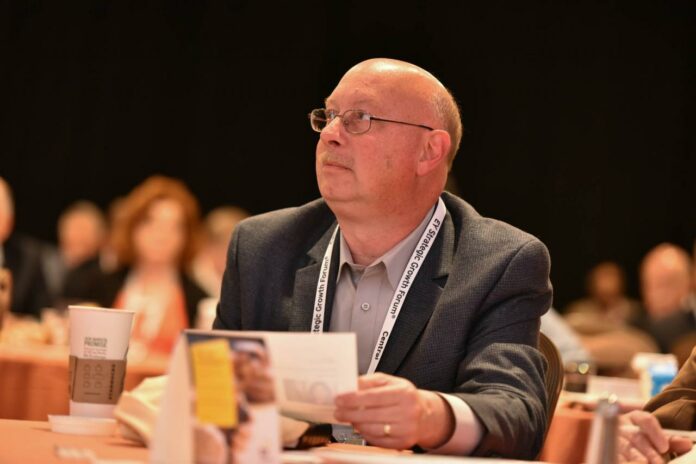 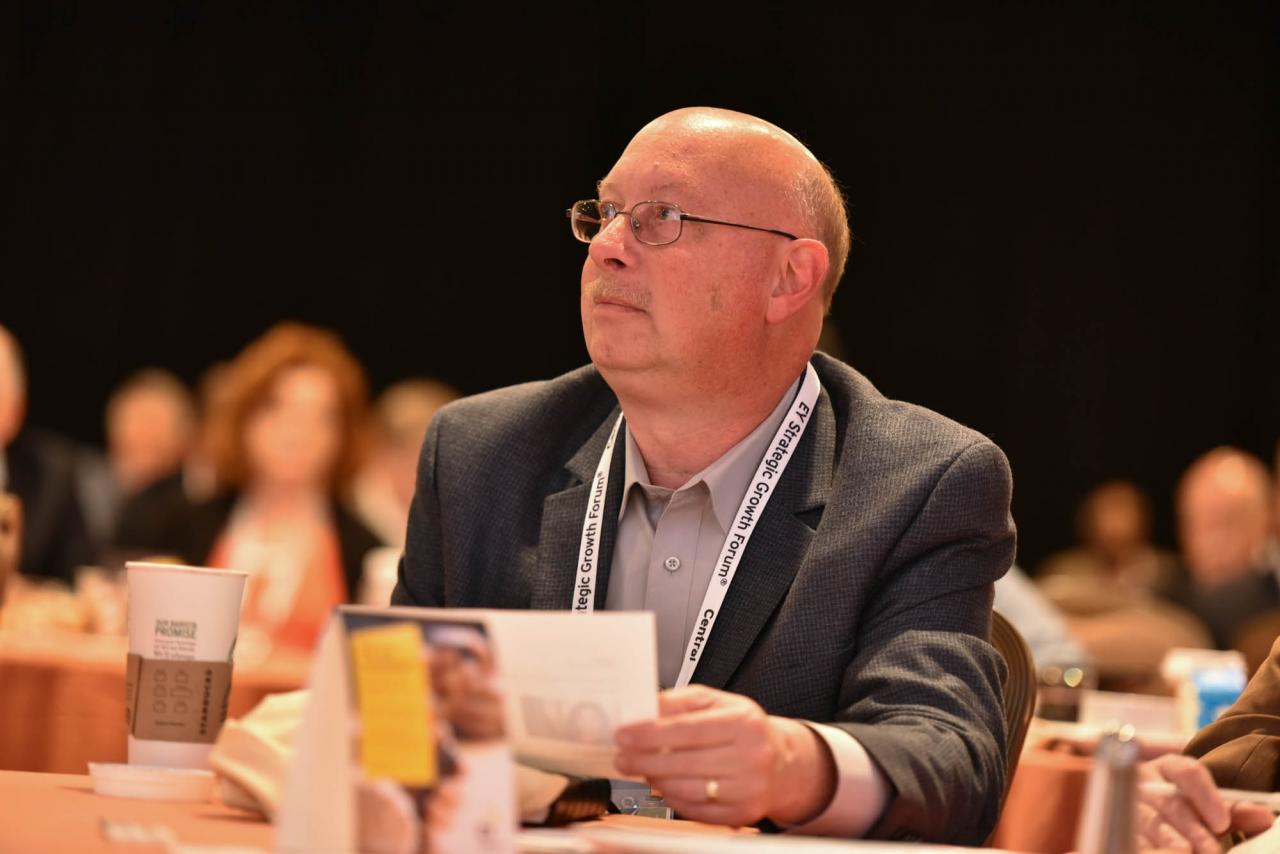 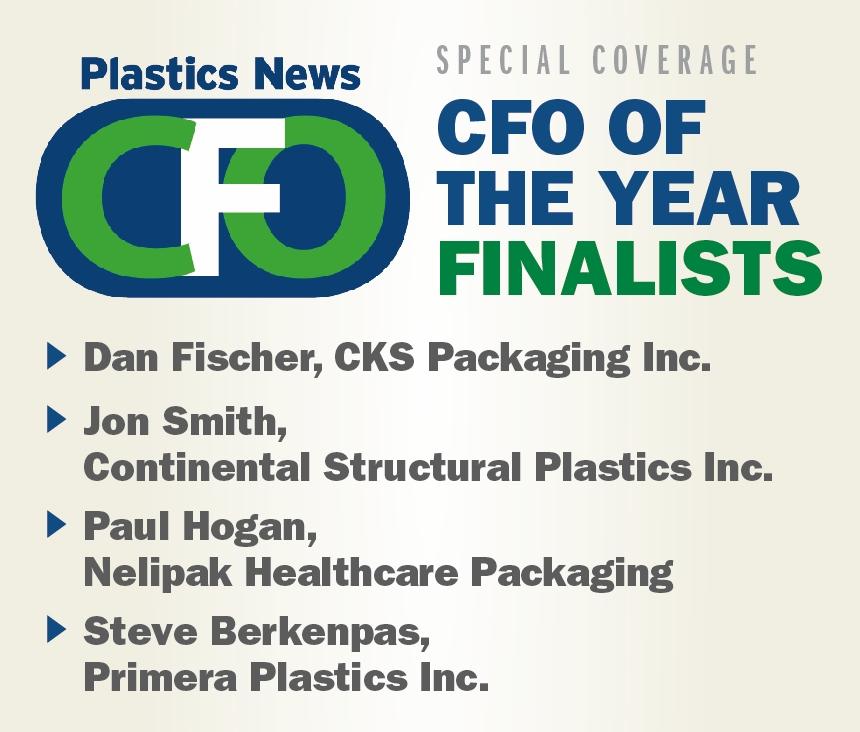 Jessica Jordan The winner of the Plastics News CFO Of The Year will be named June 16 at the Plastics Financial Summit.

Primera Plastics Inc. was just gaining momentum after the Great Recession when the Zeeland, Mich.-based injection molder was rattled again, this time from a costly business partner buyout.

“It would have shaken any organization to its core,” President and CEO Noel Cuellar said, crediting Chief Financial Officer Steve Berkenpas with not only successfully structuring the buyout but company debt, too.

Having come to Primera from a publicly traded company as a controller in August 2008, “Steve was very instrumental in helping guide the company through the worst of times,” Cuellar said. 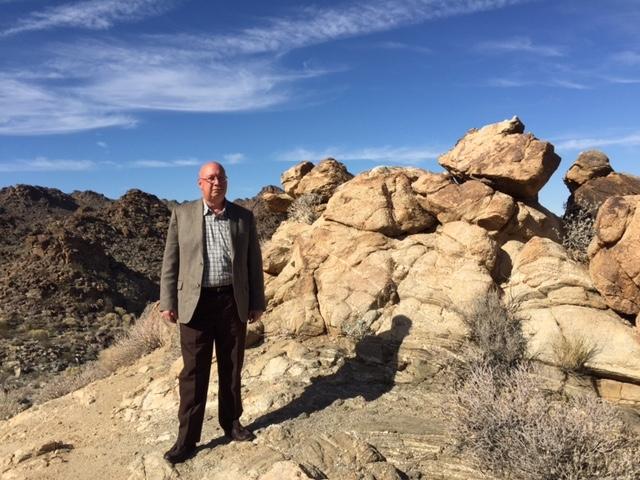 Steven Berkenpas Berkenpas takes a break during a business trip.

A month after he was hired, Berkenpas faced firestorm after firestorm along with Primera’s two owners and 130 employees.

“I came in and the economy went south,” Berkenpas said in a telephone interview. “It fit right into my background, which is manufacturing accounting and spending.”

Still, it wasn’t easy and it was sometimes heartbreaking. Half the workforce was laid off in December 2008. The market for automotive rearview mirror housings and interior trim seemed to shut down overnight. Commercial property values dropped and the balance sheet was upside down. The business ended up in special assets in 2009.

Ten months later, Primera made it through the grueling process with speed and distinction.

“We received a phone call from our commercial banker and then one of the presidents to congratulate us,” Berkenpas said. “We were the first automotive client moved into special assets to come out.”

But the roller coaster ride wasn’t over for the supplier to Tier 1 companies. The company had been cut to the bone. Even the cleaning crew had been deemed a non-essential expense, so employees took turns doing the work. Berkenpas was one of three volunteers to do bathrooms.

“I wouldn’t ask someone to do something I wasn’t willing to do,” he said.

By early 2010, the economy was starting to take off again. Primera was a shadow of its former self, but on the brink of some rapid growth.

“It was a hockey stick graph,” Berkenpas said. “Sales were growing and banks were still risk adverse and not wanting to lend a lot of money.”

Primera had to manage its cash very tightly to finance the uptick in sales. Pressure grew as smaller companies didn’t make it or were rumored to be teetering on the cusp of insolvency.

Primera slowly hired back former employees who wanted to return. Even though the company got about 35 percent of its sales back in one year, the executive team had to be careful it could pay for materials as well as labor.

“It’s easy to say we will take any work we can get, but if you can’t afford the cash flow it doesn’t do you any good,” Berkenpas said.

It was early 2012 before the workforce was back to 130. Things were looking up. Berkenpas was promoted to CFO that year, too. 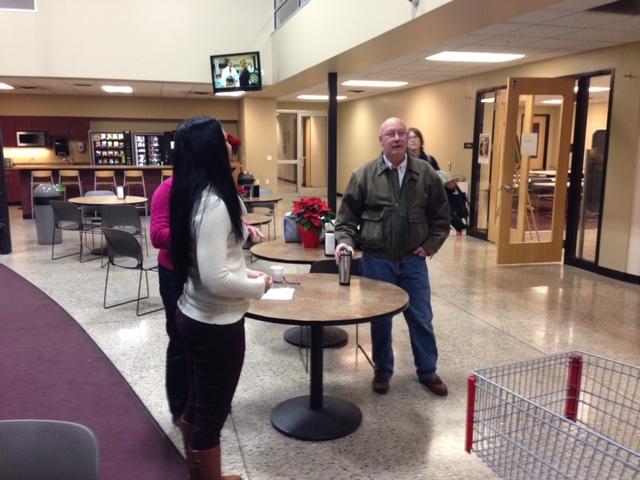 Steven Berkenpas Handing out holiday hams to each of the production shifts at Primera Plastics.

However, it wasn’t long before troubling financial days loomed again. During the economic downturn, the visions of the two active owners started moving in opposite directions. Something had to give.

Cuellar was the majority owner while the partner managed several departments like engineering and quality. Cuellar was able to buy him out, but it was a difficult time for crunching numbers, being discrete and exercising some diplomacy.

“Noel and I worked closely together during that buyout period,” Berkenpas said. “I feel we did a very good job of keeping it under wraps because obviously that could scare employees.”

After the partners parted ways about a year later, the executives asked managers, particularly those who reported to the previous minority owner, to trust them.

“They didn’t know Noel very well,” Berkenpas said. “He said, ‘Trust us. This is for the good of the company. This will be good for all of us.’ We had some fallout because people get nervous, but we got management buy in.”

As a solo owner, Cuellar was determined to reinvest every dime back into the company to stabilize it. Berkenpas said his boss is in business for the purpose as much as the profit.

“When he had laid off half the workforce, it devastated him from the perspective of watching grown men cry and not being able to tell them when or if they’d ever come back,” Berkenpas said. “Noel believes in referencing 130 employees times three because an average household has three. He says we are responsible for some 400 people and he loves nothing better than to hear someone is buying a house for the first time or a new vehicle.”

All the penny pinching paid off. Primera Plastics is a healthy and stable company now with sales of about $ 25 million a year, Berkenpas said.

“The bank has no concerns. The bank likes to call me and say, ‘Do you need any more money yet?’ No, no I don’t,” he said, laughing.

Berkenpas is still busy, overseeing information technology and human resources along with finance and accounting.

“We’re back to a good situation and reinvesting in the organization,” he said. “We’ve bought six machines and made a huge investment in capital but it’s good debt, not bad debt — the debt you can’t afford.”

He also talks to high school students as part of the company’s educational outreach program called Primera Pathways. Cuellar started it to offer motivation, confidence and support to “the forgotten middle” — teens who won’t be eligible for government assistance for college yet their parents can’t afford the tuition either.

“They don’t know what they will do with themselves but they’re very capable,” Berkenpas said.

He and Cuellar tell the students about their own humble beginnings and encourage them not to give up on higher education.

“My parents didn’t have the money,” Berkenpas said. “I went to college while I was working fulltime on a factory floor and married. I had great mentors through my life and great opportunities.”