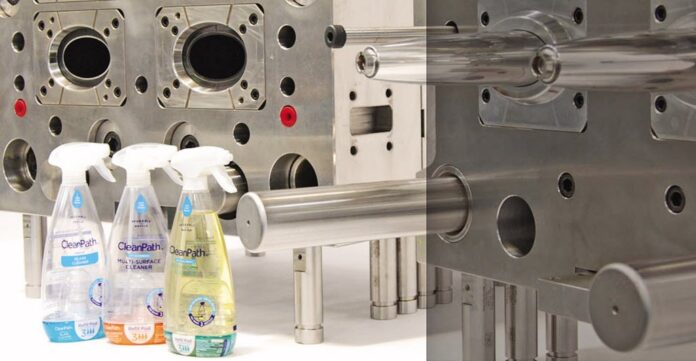 Pioneer in custom PET looks back on 40 years 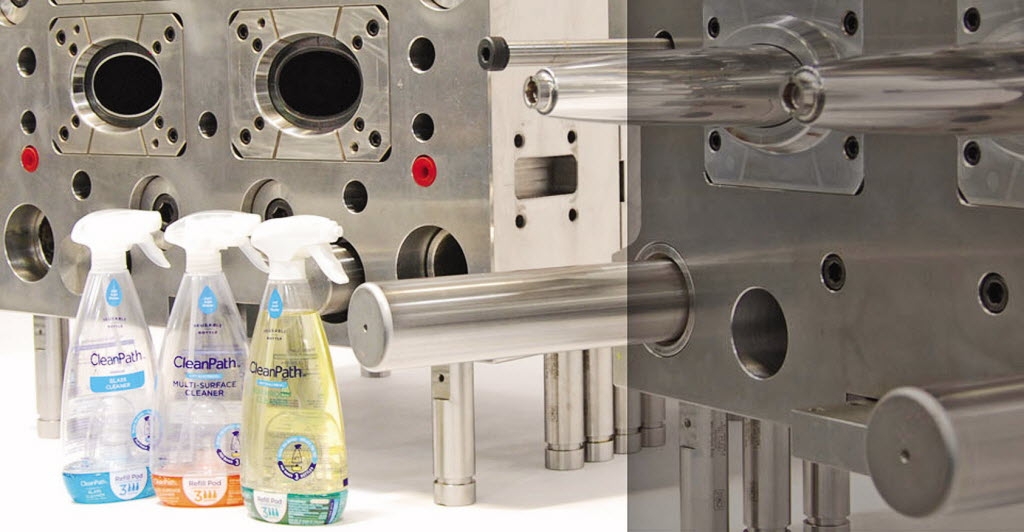 If you could take a stroll through a grocery store in 1977, how many PET bottles would you find?

Here’s a hint: you’d be pretty safe just looking in the beverage aisle, specifically at carbonated soft drinks. Water, sports drinks, condiments, sauces, juices — just about everything else — was still packaged in glass. The few PET bottles that you’d find would feel heavy, with polyethylene base cups to keep them from tipping over.

How the market has changed.

Dave Brunson started in the PET blow molding sector in early 1977, after he earned a degree in industrial technology from Georgia Southern College. Since then, he’s had a hand in many of the innovations in custom PET packaging.

On June 30 he’ll retire after nearly 40 years in the PET bottle sector, most recently as vice president of engineering at R&D/Leverage in Lee’s Summit, Mo.

Brunson likes to share the credit for his work.

“First and foremost, you have to say that nobody does this stuff by themselves. I’ve had an opportunity the last 40 years to work with really intelligent, good people,” he said.

But his boss, R&D CEO Todd Riley, said Brunson is being overly modest.

“Ultimately, Dave has been an enormous part of the success of R&D,” Riley said. “Is there a replacement for Superman?” 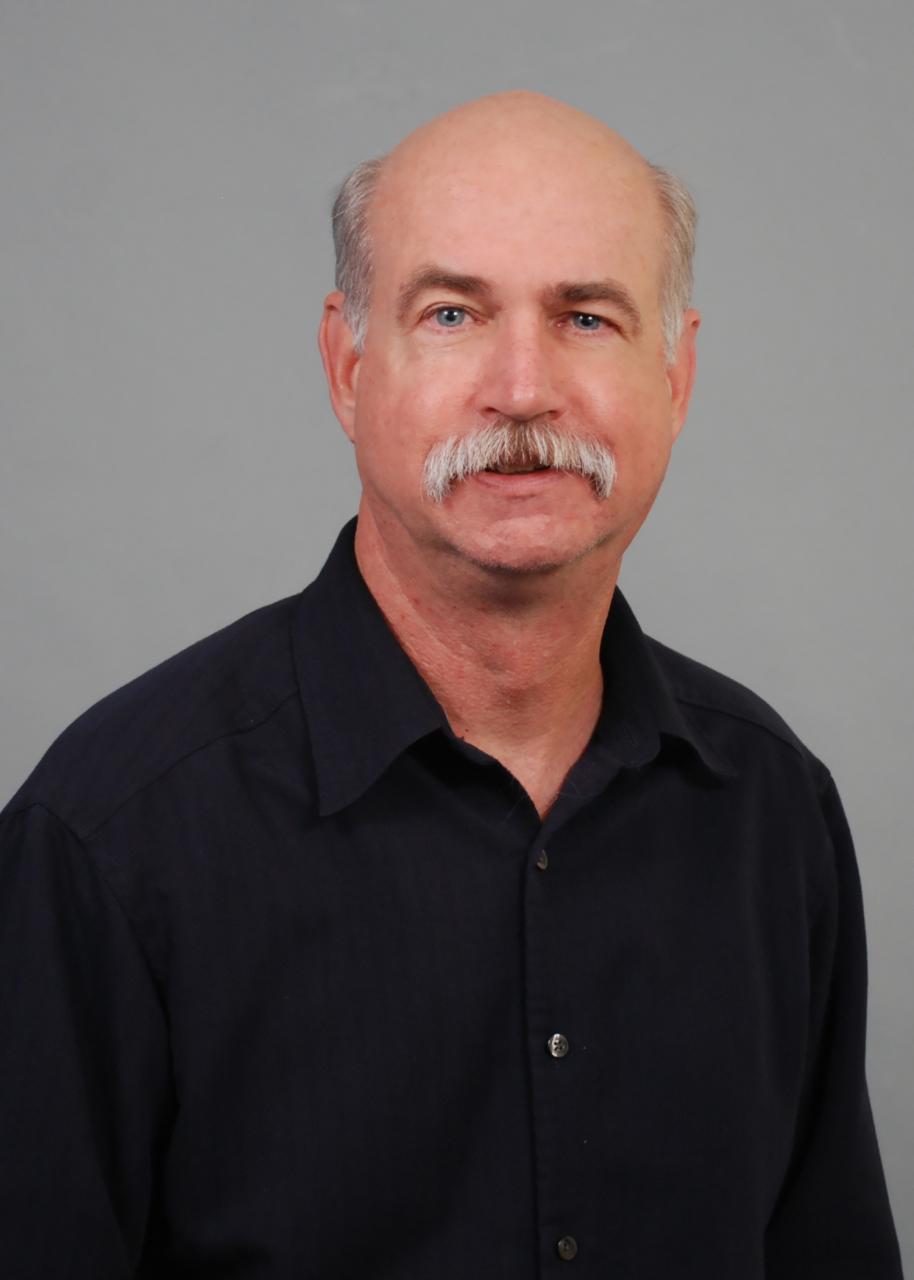 Brunson got his feet wet in custom PET at Sewell Plastics in Atlanta. Initially, he spent about three years at Sewell, including stints at the company’s Dallas and Houston plants.

“I worked with Charles Sewell. Back then, they were using a 67-gram preform to make a 2-liter Coke bottle. They had two Cincinnati [Milacron] preform machines running eight-cavity molds. The Cincinnati RHB5 blow molder was a four-cavity machine running on a six-second cycle, using Goodyear resin.”

By 1980, Brunson moved to Amoco Container in Monroe, Ga., then to Hoover Universal at a plant in Rancho Cucamonga, Calif., and then back to Sewell Plastics. This time he was a project engineer at the company’s technical center in Atlanta. Eventually he moved up to director of new product development.

The early 1980s were a very busy time in the custom PET market. He remembers one project that consumers take for granted today: 1.75-liter liquor bottles.

“That was a very difficult project, when pretty much everything you’ve known has been round beverage bottles,” Brunson said. “We didn’t have robotic takeout, or any of the things that you take for granted today. I designed all the change parts for the blow molding machine to handle the different finish size. I worked with the tool builders and got the project ready to start the trial. I’m proud of that project.”

The conversion was successful, and soon more liquor companies converted from glass to PET.

Brunson said many of today’s custom containers are possible thanks to advancements in materials, tools and machinery.

On materials, for example, he said “You couldn’t do what we do today without resin development. You have a wider range of options to choose from: different IVs [intrinsic viscosities], different copolymers. Glass-like materials, highly modified resins. There’s just a whole host of materials that have just had a huge impact on the bottle packaging market.”

On the equipment side, he credited improved tools, injection presses and blow molding machines with being able to make custom bottles faster, more reliably and cheaply.

In 1992 Brunson came to R&D Tool and Engineering — now R&D/Leverage — as blow molding engineering manager. It was an opportunity to get involved in more new custom PET projects, but at a wide array of blow molders.

“Our goal at R&D was to be able to take control and ownership of new product introductions. We can take full responsibility — design the container, design the prototype, make the tool, help start up production. What we developed here was our own tool standards, our own design standards, so that all of those factors can work together and we can make things more predictive. We took that responsibility off the hands of the customers.”

When he retires, Brunson is confident that his team, and that process, will continue to successfully introduce new custom PET bottles to the market.

“There will still be some conversions from glass, but I think a lot of the growth, a lot of the tooling opportunities for R&D, will be in packaging changes, branding changes. That’s a big part of what will happen in the future. Package designs change every three years or so.”

While beverage bottles have just about reached the limit of lightweighting, Brunson said custom PET bottles will continue to lose weight, improving their carbon footprint and saving resin — and money.

That’s part of the reason Brunson feels his career has had a positive impact on the environment.