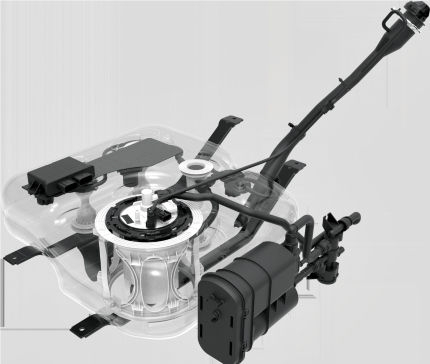 The first plastic fuel tank from Plastic Omnium for the growing hybrid vehicle market will initially be delivered in December 2016 for Hyundai’s plug-in hybrid vehicles in South Korea.

The French automotive injection molder said it was introducing the new Inwin plastic tanks in anticipation of high growth in the hybrid vehicle market, which is forecast to grow from two million cars in 2015 to 5.5 million cars in 2020.

The plastic tank is 40 percent lighter than the metal tanks currently used in most plug-in hybrid vehicles, said Plastic Omnium.

The Inwin technology is designed to withstand the pressure created by fuel vapour when the vehicle is in electric-drive mode over long periods of time. The technology developed by Plastic Omnium is covered by 163 patents.

The company said that by 2018, seven additional models for three other auto-makers in Asia and Europe will be fitted with the Inwin tanks.