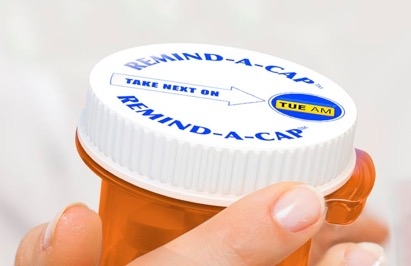 Remind-A-Cap With the Remind-A-Cap system, users can manually adjust the dial to let them know when to take the next dose. 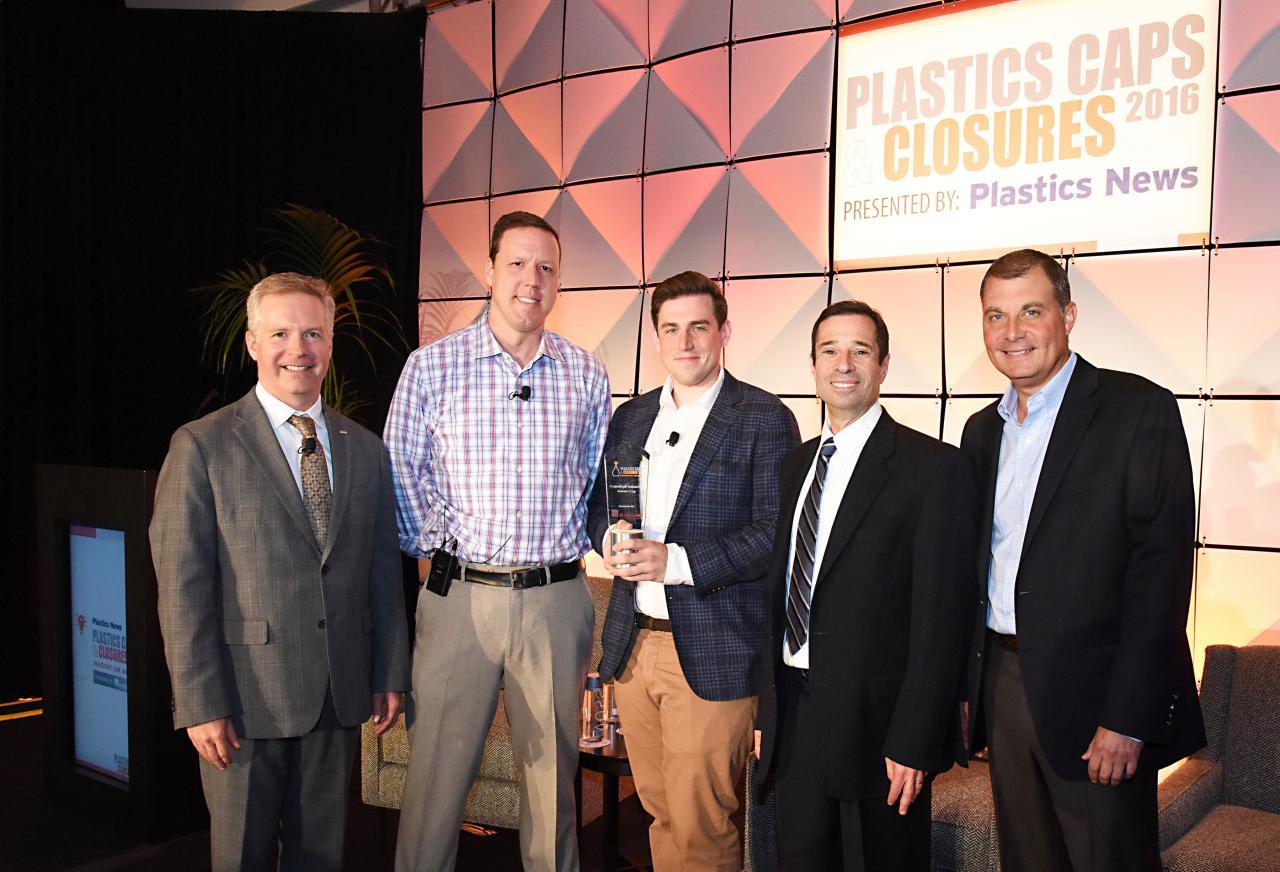 Chicago — For Matt Ramoundos, this was something personal. Very personal.

For Paul Lichstein, this was a problem in search of a solution. And he loves to solve problems.

Together, and with the help of many others, this was a chance to work on a passion project aimed at helping make a difference.

Those efforts to bring Remind-A-Cap to market ended up landing the team the first-ever Plastics Caps & Closures Innovation Award.

“This project was really evolved out of necessity. The truth behind it was I invented it when I moved in with my Dad because he was diagnosed with cancer,” Ramoundos said. “He’s very OK now, which was great.

“It was his need for a medication reminder that we developed the product and started to commercialize it,” he remembered at the Plastics Caps & Closures 2016 conference Aug. 31 in Chicago.

Almost $ 300 billion in medication is wasted each year because patients forget to take their pills.

Remind-A-Cap is out to change that.

With a built-in dial, folks manually adjust the day to indicate when they next need to take their medication.

“It’s a simple, affordable product that is easily implemented into the workflow process of the pharmacy,” Ramoundos said. “It helps people remember by simply telling them when to take their medication next.”

For Lichstein, helping to develop Remind-A-Cap afforded his Carpathian Industries LLC an opportunity outside of the company’s normal focus.

“This is not typical of what we do. We are a contract injection molder who specializes in closures and valves for transport of hazardous material,” he said.

But after he learned of Ramoundos’ idea, he knew he had to get involved. And get plenty of others involved as well.

“You have this wonderful idea that definitely makes a lot of sense,” he told the conference crowd. “The fundamental problem that we had is this thing really didn’t exist. So there’s this gigantic risk. And nobody wants to spend millions of dollars on something that is completely unknown. It seems like a great idea, but it has a ton of variables.” 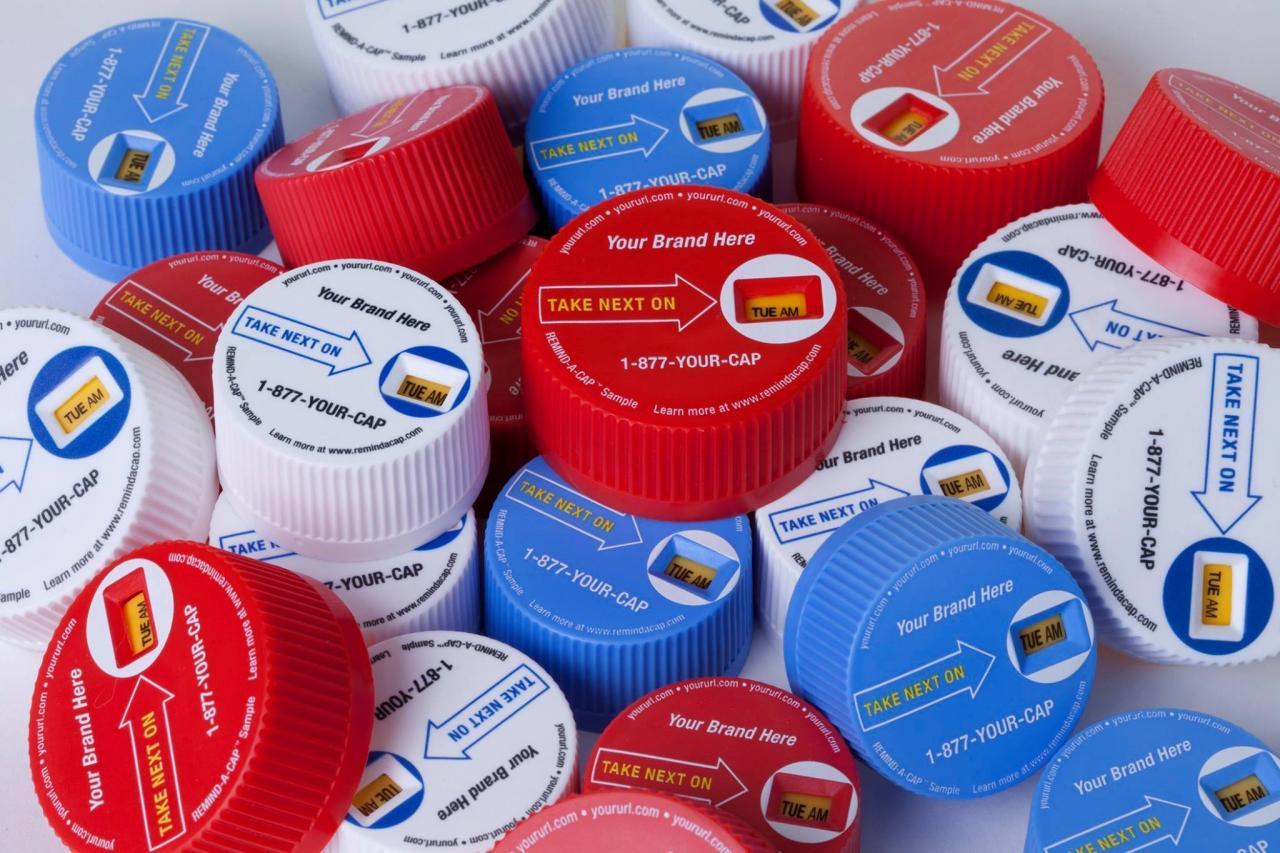 So they tackled the project with an iterative approach, tweaking here and there and keeping costs down until they were satisfied. Along the way, several other companies joined the effort to bring Remind-A-Cap to market. Folks in design, analytics, printing, resins, coloring, testing and welding all lent a hand.

Brennan Lafferty is publisher of Plastics News, sponsor of the conference and the award.

“The passion that Paul and Matt showed in accepting the award really conveyed how much this award meant to them personally and professionally, too. It was truly inspiring,” Lafferty said.

Remind-A-Cap was selected from a group of three finalists that were represented at the Chicago conference.

Remind-A-Cap’s Ramoundos told the audience there also is a clear business reason why pharmacies should adopt his product line.

A study showed that those using Remind-A-Cap filled their prescriptions more regularly, resulting in 1.4 more refills per year. That means more money for retailers as well as pharmaceutical makers.

“People don’t often notice how important a simple cap or closure is to the success of a product. I’m glad our team and our judges were able to shine a spotlight on three innovative caps in three disparate industries that improve function and ease of use,” Lafferty said.