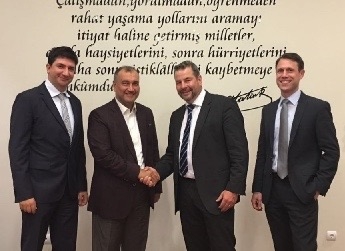 Montabaur, Germany-based Klöckner said Sept. 6 that it would help Farmamak strengthen its position in Turkey, and in the food, consumer goods and pharmaceutical markets.

“Together — with Farmamak as a local leader — this transaction allows us to improve our customer focus in Turkey and throughout the Middle East to improve our regional service and capabilities,” said Klöckner CEO Wayne Hewett, in a statement.

Farmamak is based in Gebze, Turkey, with 230 employees and 155 million Turkish lira ($ 52.5 million) in annual sales.

The company makes rigid PVC, PET, polypropylene and polystyrene films, along with barrier, laminate and metalized products. It has about 123.4 million pounds of annual extrusion capacity, according to its website.

It said Europe is its largest export market but it also exports to North America, Africa, the Middle East and the Turkic countries, including Azerbaijan, Kazakhstan and Kyrgyzstan.

“Integrating Farmamak into the Klöckner Pentaplast Group shows great confidence in the potential of our company and our employees and brings more opportunities in the market to unlock further growth,” said Farmamak Managing Director Kurt Kuruç.

Farmamak takes credit for a number of firsts in the Turkish market, including a PP/PS barrier extrusion line, a high gas barrier PP/EVOH/PP film, the first crystalline PET film and CPET thermoformed containers.

In a statement, publicly listed Gözde Girişim said the tentative sale price would be of 136 million Turkish lira but that could change at closing, which is dependent on regulatory approval.