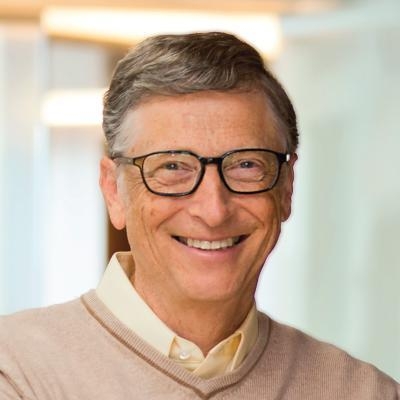 Computer technology icon Bill Gates is investing in a company that could provide a lower cost route to biochemicals that can be turned into plastics.

Gates and French energy giant Total SA have committed $ 14 million to help Renmatrix Inc. commercialize its Plantrose technology, which converts waste biomass into cellulosic sugars, which in turn can be feedstock for making bio-based plastics.

“Our intention is to be a licensor and we are talking to a lot of potential partners,” he added.

Gates, a founder of computer software giant Microsoft Corp., is a billionaire who invests much of his money in “green” projects and charities.

“To effectively address climate change, we need to develop an energy infrastructure that doesn’t emit greenhouse gas and is cost competitive,” Gates said in a Sept. 15 news release.

“A critical component in this effort must be to decarbonize the industrial sector,” Gates explained. “Another is the possibility of cost competitive biofuels. Renmatrix provides an innovative process that is an exciting pathway to pursue.”

Renmatrix, based in Philadelphia, said the investment will help it bring Plantrose technology to the next step of licensing to biomass processors in global markets like Canada, India, Malaysia and the United States. By stimulating global biorefineries, market development can be accelerated to convert biomass into biochemicals as raw materials and fuels.

Total began investing in Renmatrix in 2015 and has signed a licensing agreement with Renmatrix to make 2 billion pounds per year of cellulosic sugars at biorefineries located at Total’s discretion.

The patented Plantrose process uses supercritical water to reduce costs in conversion of biomass to cellulosic sugars, which can be intermediates to higher value chemicals such as plastic monomers. Renmatrix claims the Plantrose hydrolysis process provides faster reactions with minimal unwanted byproducts. Conventional biomass conversion technologies entail micro-organisms munching on feedstocks such as starch and sugar, which have competitive markets in the food industry. Renmatrix said its process works on an order of magnitude faster than other processes.

Renmatrix is running a 7,000-pound-per-day demonstration plant in Kennesaw, Ga., and a feedstock processing facility in New York. Hamilton said potential licensee partners “are lining up” and will base biorefineries on results obtained in Georgia.

“At Total, our ambition is to become the responsible energy major,” said Total Chairman and CEO Patrick Pouyanné, in a news release. “We want to make low-carbon businesses a profitable growth driver accounting for 20 percent of our portfolio in 20 years’ time. Meeting these goals is what has led to setting up and expanding our collaboration with Renmatrix.”