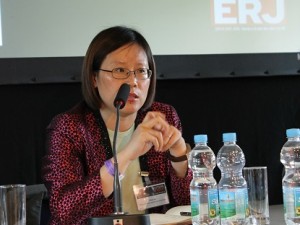 The China Rubber Industries Association (CRIA) is organising local Chinese tire makers for a meeting in the US with local importers to discuss new US tariffs on truck and bus tires.

A statement published by the association indirectly quotes CRIA vice chairman and secretary general Mary Xu as urging the industry to take action against the proposed tariffs on Chinese-made tires by the US authorities.

“The outcome [will] be worse if Chinese tire makers don’t take active measures to defend themselves,” said Xu.

The CRIA, she added, has gained experience from the previous passenger car tire tariffs, “where we successfully removed the retroactive anti-dumping tariffs as well as excluded AUV tires from the investigation.”

In the previous round of tariffs, the US trade committee’s final votes for passenger car tires were 3 to 3 compared with 6 to 0 during preliminary determination.

For truck and bus tires, in preliminary determination two out of the six committee members found no indications that the US tire industry was being harmed by tires imported from China.

“A more optimistic situation,” said Xu, adding: “the whole industry should stick together to fight for a better outcome.”

The US Department of Commerce made an affirmative preliminary determination in the anti-dumping duty investigation of truck and bus tires imported from China on 29 Aug.

Commerce found a preliminary dumping rate of 20.87 percent against one of the two mandatory respondents in the investigation, Prinx Chengshan (Shandong) Tire Co. Ltd.

The other mandatory respondent, Double Coin Holdings Ltd., is not eligible for a separate rate and is part of the China-wide entity dumping rate of 22.57 percent.

The United Steelworkers union filed petitions for anti-dumping and countervailing duties against Chinese truck and bus tires with the International Trade Commission 29 Jan.

Commerce initiated anti-dumping and countervailing duty investigations 19 Feb, and the ITC voted 4-2 on 11 March that there was sufficient evidence of material injury to continue the investigation.