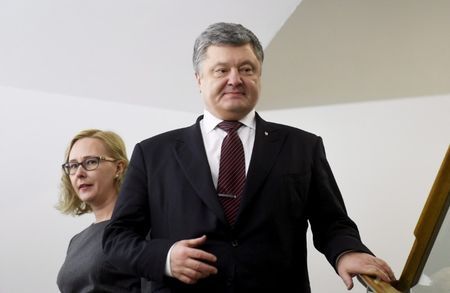 The IMF is supporting Ukraine under a $ 17.5 billion (14.02 billion pounds) bailout programme. Kiev is expecting a total of four tranches of aid this year, in exchange for the government implementing reforms and tackling corruption.

“The IMF board of directors approved the decision about the disbursement of $ 1 billion to Ukraine,” Poroshenko wrote. “This is further recognition of Ukrainian reforms,” he said, without giving further details.

The IMF has not so far released a statement. It had delayed its decision on disbursing new aid from March in order to assess the impact of a blockade that Kiev imposed on separatist-held territory.

The IMF is due to pump the promised $ 17.5 billion into Ukraine’s economy in a four-year bailout, releasing the funds in instalments subject to progress on reforms.

To date, Ukraine has received three tranches worth about $ 7.62 billion in total under the programme launched in March 2015.

Earlier on Monday Ukraine launched an electronic register that will automatically refund value-added tax (VAT) owed to exporters, implementing an IMF-backed reform aimed at tackling endemic bribe-taking in the tax service and improving the investment climate.