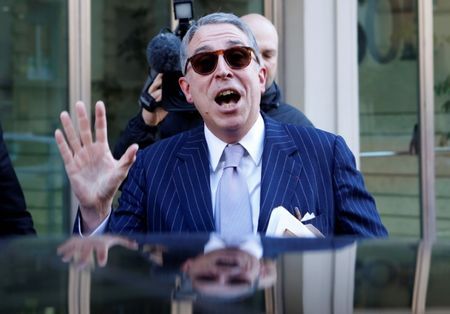 MILAN (Reuters) – Telecom Italia’s biggest shareholder Vivendi indicated that it wants its CEO Arnaud de Puyfontaine to be the Italian group’s new chairman, putting him top of its list of candidates for board members on Sunday.

The term of Telecom Italia’s current board is three years and expires next month. Shareholders will pick board members at a meeting on May 4 and the new board will then choose a chairman at a meeting scheduled for the following day.

Vivendi, which owns 24 percent of Telecom Italia, is aiming to nominate 10 seats on the Italian company’s new board, which is expected to be reduced to 15 members.

The top name on the list of board nominees at Italian companies usually designates the proposed chairman, and sources have said Vivendi is considering appointing de Puyfontaine as Telecom Italia’s next chairman.

However, the French media group kept its options open by also including on the list Telecom Italia’s current Italian chairman, Giuseppe Recchi, making it technically possible that he could be confirmed in the job.

The choice of Telecom Italia’s next chairman is politically sensitive because it could aggravate concerns about Vivendi’s growing influence over Italian companies.

The French group’s sway over the Italian telecoms group has come under the spotlight after it took a significant holding in Italian broadcaster Mediaset , leading to speculation over whether it plans to combine the two companies.

Sunday was the deadline for shareholders to submit candidates for Telecom Italia’s new board.

Italy’s communications regulator is already looking into Vivendi’s stakebuilding at Mediaset, given domestic anti-trust regulations that prevent companies from having an excessive market share both in telecommunications and media.

Vivendi filed a pre-emptive notification to the European Commission on March 31, saying that after the shareholder meeting it could de facto control Telecom Italia.