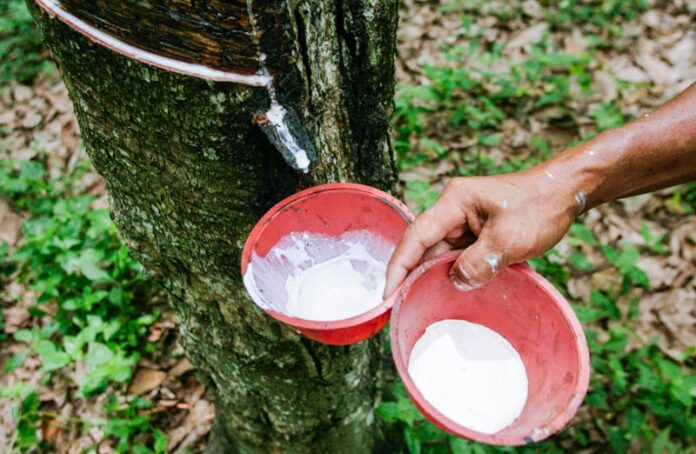 Cambodia is negotiating a deal to sell rubber directly to China, as figures showed exports increased 145,100 metric tons in 2016 and were valued at $187 million, a 13 percent increase on the previous year. 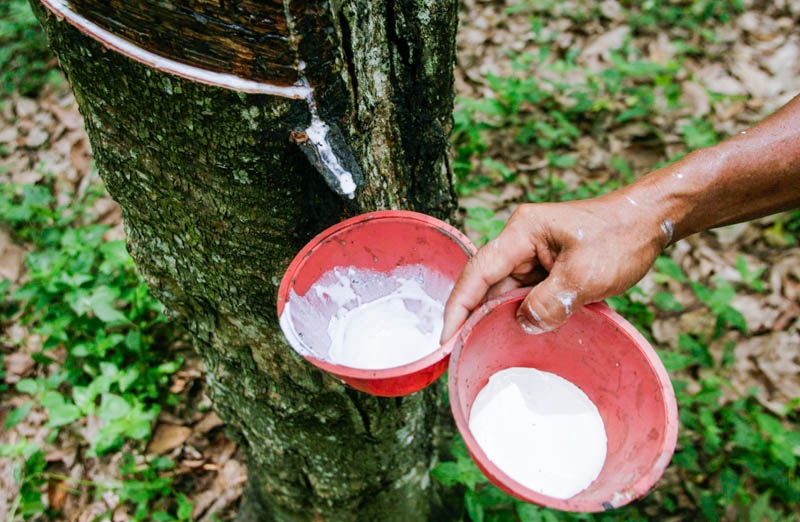 Land for cultivating rubber also increased by 11 percent to 432,735 hectares, 64 percent of which is controlled by rubber industry firms and the rest by family-run operations, according to the Agriculture Ministry.

The irregular price discouraged some farmers and investors, who removed rubber plantations to cultivate other crops instead.

Industry experts said the increase in total cultivation land and exports helped stabilize the market. They hope exports will continue to rise as the Cambodian government focuses on direct exports to China, one of the major global markets.

Pol Sopha, director-general of the rubber directorate at the Agriculture Ministry, said rubber is currently valued at about $1,900 per ton at shipment.

“If the price remains stable, rubber cultivation land will increase further, so exports will rise in turn,” Mr. Sopha said.

“Rubber production has been increasing every year for the past few years recently. We hope next year, Cambodia’s rubber exports will be close to 200,000 [metric] tons.”

Mr. Sopha said Cambodia is in negotiations to export directly to China, which is responsible for one third of world rubber consumption.

The official said Cambodia’s main markets for direct exports are currently Vietnam and Malaysia, while the country is accessing the Chinese market indirectly, via seaports in Vietnam. Lim Heng, vice president of An Mady Group, which subsidizes a rubber plantation company, is optimistic about stable rubber prices in the foreseeable future.

“I believe the price of rubber will be stable for the next few years because big rubber associations have limited global production to get the price up,” Mr. Heng said.

“If they get $2,000 per [metric] ton now, they will not increase production and sell two [metric] tons for the same price.”

However, Mr. Heng said he wanted the government to bring down export tax to make local rubber more competitive in comparison with rival producers. That would attract investors to establish more rubber processing plants in the country, he added.

Cambodia only produces the raw material and does not yet have processing plants for rubber products, Mr. Sopha said, adding the country has received several proposals for such plants, but none has come to fruition.