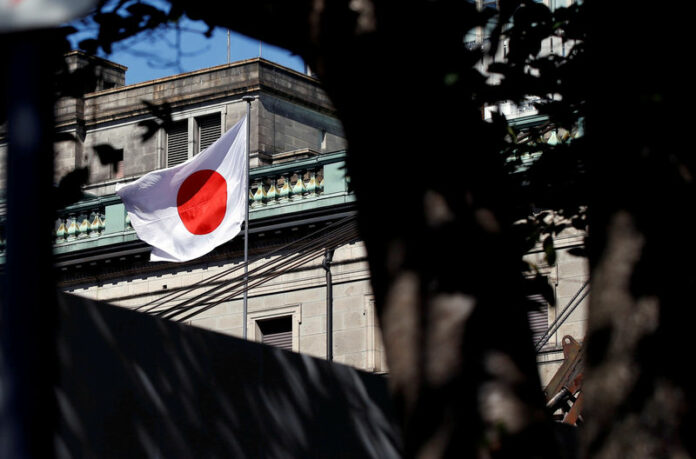 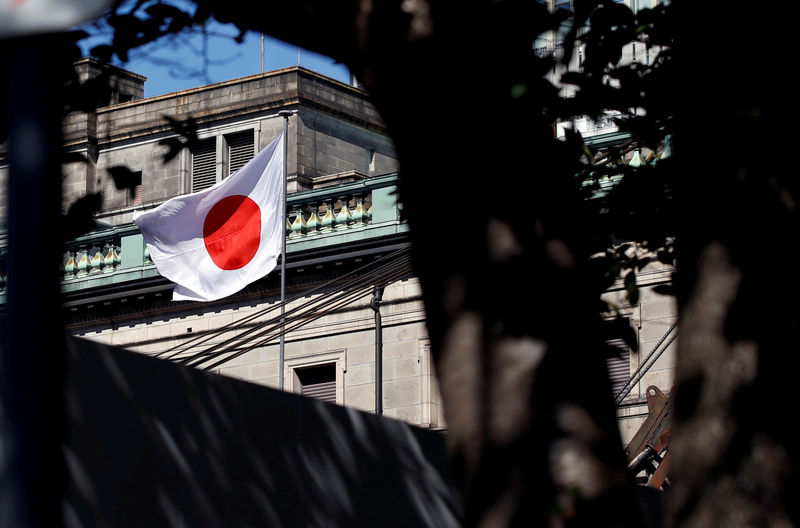 © Reuters. FILE PHOTO: A Japanese flag flutters atop the Bank of Japan building under construction in Tokyo

By Leika Kihara and Stanley White

TOKYO (Reuters) – The Bank of Japan kept monetary policy steady and roughly maintained its ambitious price forecasts on Tuesday, pointing to signs of growing strength in the economy that policymakers hope will accelerate inflation towards its elusive 2 percent target.

Board newcomer Goushi Kataoka made no proposal on additional easing, defying market expectations he might do so after dissenting to last month’s BOJ decision to keep policy steady.

But he said the central bank should make clear its resolve to expand stimulus if domestic factors delay achievement of its 2 percent inflation target.

He also said the BOJ should commit, via its bond purchases, to keeping the yield on longer-term bonds low.

As widely expected, the BOJ kept intact a pledge to guide short-term interest rates at minus 0.1 percent and the 10-year bond yield around zero percent by a 8-1 vote. Kataoka dissented to the decision to stand pat.

While not an official proposal for easing, Kataoka said the BOJ should buy government bonds so 15-year yields “remain at less than 0.2 percent.”

The 15-year government bond yield stood around 0.307 percent on Tuesday.

BOJ Governor Haruhiko Kuroda is expected to hold a briefing at 3:30 p.m. (0630 GMT) to explain the policy decision.

“Japan’s economy is expected to continue expanding moderately,” the BOJ said in a quarterly report of its long-term projections that was released after the rate review, signaling its confidence in a strengthening recovery.

In the quarterly review, the BOJ trimmed its inflation forecast for the current year ending in March 2018 to 0.8 percent from the 1.1 percent it estimated in July.

It also maintained its view that inflation will hit the 2 percent target by March 2020.

Japan’s economy expanded at an annualized 2.5 percent in the second quarter as consumer and corporate spending picked up, with steady growth likely to be sustained in coming quarters.

But core consumer prices rose just 0.7 percent in September from a year earlier, well below the BOJ’s target, keeping the bank under pressure to maintain ultra-easy policy even as its U.S. and European peers begin to scale back their stimulus.