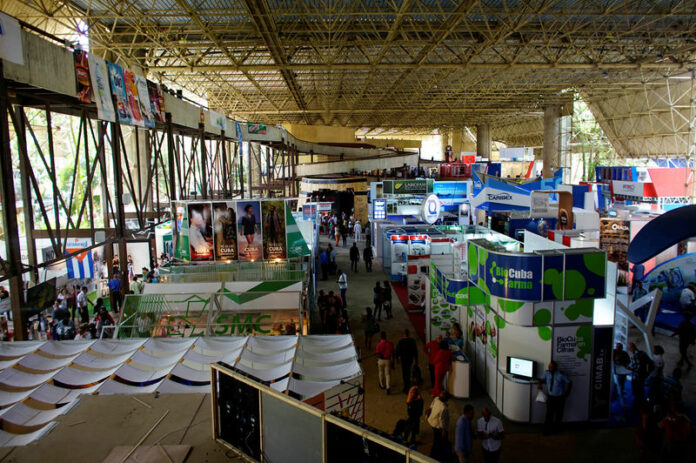 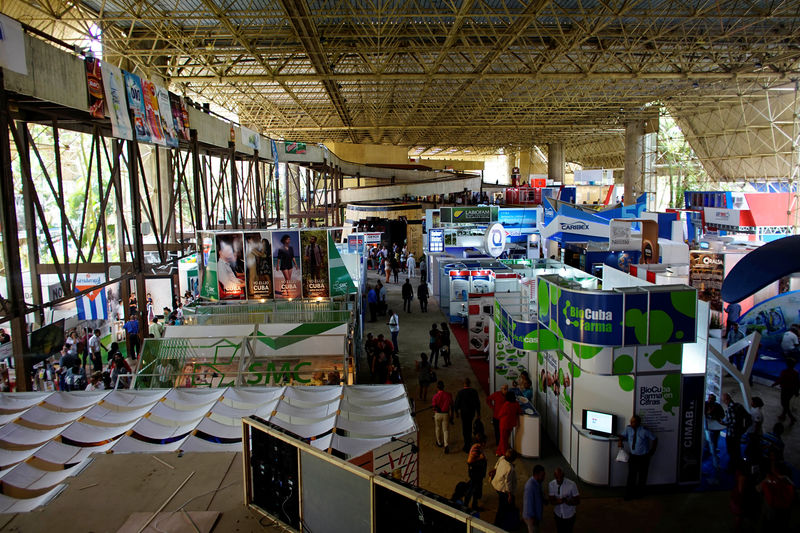 © Reuters. A view of the pavilion stalls run by U.S. companies at Cuba’s annual trade fair in Havana

HAVANA (Reuters) – Packed into a remote corner of a pavilion, just 13 U.S. companies took stands at Cuba’s sprawling trade fair this year, in a sign of how firms’ interest in doing business on the island has dwindled in the first year of Donald Trump’s presidency.

The mood was very different at this year’s edition, which took place last week in Havana. While China brought a record company delegation, and more than 150 Spanish businesses packed into five pavilions, the handful of U.S. businessmen were downbeat.

“I’ve never seen it this deserted,” said Jay Brickman, vice president of Florida-based shipping company Crowley Maritime Corp, who has been attending the fair for 15 years. “People have really gotten discouraged, and feel they maybe should be investing their time someplace else.”

U.S. companies embraced Cuba in the wake of the detente, jostling for a foothold in an opening market of 11 million consumers.

Thanks to travel-related exemptions to the embargo, U.S. airlines restored regular flights. Starwood Hotels, a subsidiary of Marriott International Inc (O:), took over management of a Cuban hotel and cruise operators like Florida-based Carnival (LON:) Cruise Line (N:) included Cuba in their itineraries.

But worsening U.S. relations as well as growing awareness of the difficulty of doing business in Cuba put a dampener on that.

Trump in June ordered tighter trade and travel restrictions including a ban on business with the military, which controls vast swathes of the economy. The regulations were unveiled on Wednesday.

“This is a huge step backwards,” said former U.S. Secretary of Commerce Carlos Gutierrez, the Cuban-born head of the U.S.-Cuba Business Council. “We had made so much progress.”

An unfolding diplomatic crisis over allegations of attacks on U.S. diplomats in Havana is adding to the gloom.

Cuba Trade magazine, based in Miami, last month cut its issuance from monthly to bi-monthly, citing the deteriorating business environment under Trump. Several Cuba business conferences in the United States have also been canceled since June, including an agriculture conference in Chicago.

Following the Obama detente, U.S. farmers hoped for legislation allowing them to access credit for exports to Cuba. But Trump has made it clear he is not about to ease, let alone lift, the embargo.

“We need to get the diplomatic issue off the table first,” said Louisiana Agriculture Commissioner Mike Strain, adding U.S. food exports to Cuba could total $1 billion if relations were normalized.

Even before Trump took office, some of the interest fizzled as companies realized doing business in Cuba was hard with its red tape, shortage of hard currency, poor telecommunications and labor restrictions.

Online payments company PayPal Holdings Inc (O:) sent its chief executive in Obama’s delegation on his historic visit to Cuba in March 2016. It had been interested in making its Xoom money transfer service available in Cuba but said operational challenges were too great.

“When we are able to deliver the speed, convenience and security our customers have come to expect from Xoom, we will launch in Cuba,” a PayPal spokeswoman told Reuters.

Future deals with Mariel, which boasts tax and customs breaks, will not be possible, as it features on a list published Wednesday of 180 government entities that Americans are now banned from doing business with.

“The Mariel restriction particularly sticks out because it is the most dynamic and exciting opportunity in Cuba,” said James Williams, president of lobby group Engage Cuba.

The diplomatic crisis has also complicated the logistics for U.S. businesses. The Trump administration in September expelled 15 Cuban diplomats, including all those dealing with U.S. businesses.

The following week, the chair of the port of Cleveland, Darrell McNair, traveled to Havana to sign an agreement with Cuba’s port authority. He said the now-disbanded embassy commercial team had been instrumental in arranging his visit.

“Cutbacks obviously are going to slow things down,” he said.

The tougher environment under Trump has separated the wheat from the chaff, some business consultants say.

“The serious players who understand the risks are staying the course,” said Pedro Freyre, who heads the international practice at Miami-based law firm Akerman LLP.

Jeff Nelson said his firm Strategic Staffing Solutions, which provides companies with IT and other services, was prepared to put in the time laying the groundwork for business with Cuba given the potential of its educated workforce.

“Doing business in Cuba is a very long-term proposition,” said Nelson, who has visited eight times in two years.

Some companies were pursuing deals behind closed doors so as to not lose capital with the Trump administration, consultants said. Many Obama-era exemptions to the embargo remain in place.

The publication of the new regulations at least provided clarity about what was allowed.