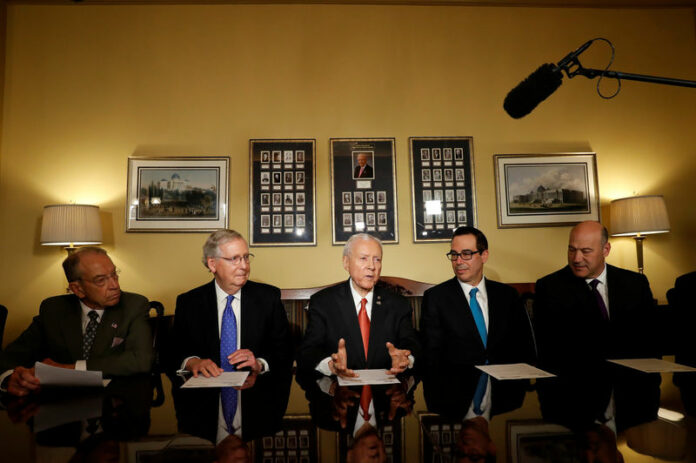 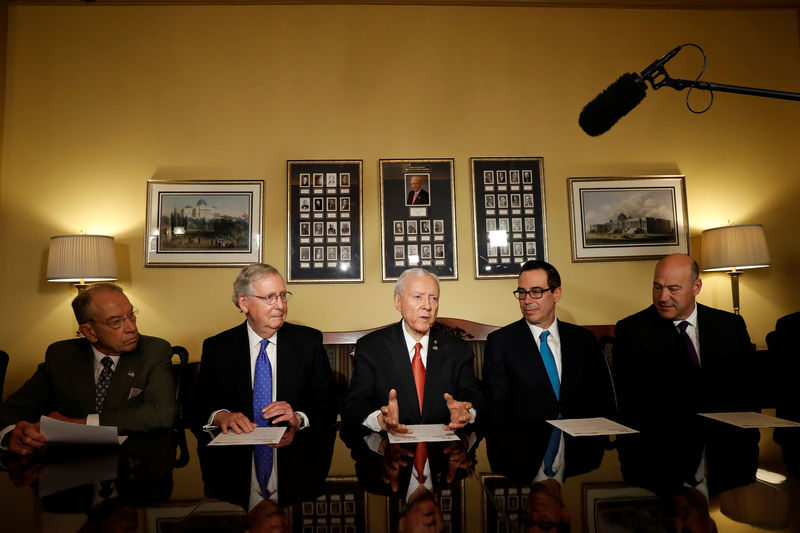 The Committee for a Responsible Federal Budget, a nonpartisan budget watchdog in Washington, on Friday called a Senate Republican tax plan a “fatally flawed budget buster,” likening it to Republican legislation in the House of Representatives that the House tax committee has approved.

Both measures would add $1.5 trillion over 10 years to the annual budget deficit and the $20 trillion national debt, according to congressional tax analysts.

The watchdog group estimated that $900 billion of the projected $1.5 trillion deficit increase would come from business tax cuts. The remainder would come from individual tax cuts, including a cut in the estate tax on inheritance that would help only the richest Americans, it said.

Republicans hold a tenuous 52-48 majority in the Senate. For that reason, if they lose the support of only three senators from their ranks, they cannot pass a tax bill as long as Democrats stay united in their opposition.

Nearly 10 months into his presidency, with his party in control of the House and the Senate, Trump is still without a major legislative victory. Failing to get a tax bill through the Senate could cost Republicans in November 2018’s midterm elections.

The Tax Foundation, another nonpartisan group, said the Senate plan would add $1.78 trillion to the deficit over a decade. It estimated that over the same time frame lower taxes would expand the U.S. economy by 3.7 percent, add 925,000 full-time jobs, raise wages by 2.9 percent and generate enough new tax revenue to erase all but $516 billion of the deficit effect.

For decades, Republicans positioned themselves as deficit hawks, refusing to raise the debt limit, opposing Democratic spending programs and warning of crushing federal debts being passed on to future generations of Americans.

After the Senate plan was released on Thursday, Republican Senator Jeff Flake said in a statement, “I remain concerned over how the current tax reform proposals will grow the already staggering national debt by opting for short-term fixes, while ignoring long-term problems for taxpayers and the economy.”

Senator James Lankford said in a statement, “As we work on tax relief, we must also not lose sight of our responsibilities to protect the nation, provide basic government services and confront our federal debt.”

Senator Bob Corker, another Republican and a critic of Trump, did not comment after the Senate bill’s release but signaled fiscal concerns after the House issued its plan, saying he did not want tax cut legislation that added to the deficit.

“If tax cuts paid for by debt are signed into law, Congress will have sent a massive, budget-busting tax bill to our children to pay, and it will result only in a short-term sugar high with little to no economic improvement over the long term,” she said.

The House is due to vote on passage of its tax bill next week. The Senate Finance Committee is due to begin formal consideration of the Senate’s version on Monday.

The Senate panel’s chairman, Republican Orrin Hatch, said he hopes to have the bill approved and sent to the full Senate by the end of next week. The House and Senate would need to agree on a single piece of legislation, pass it and send it to Trump for his signature.