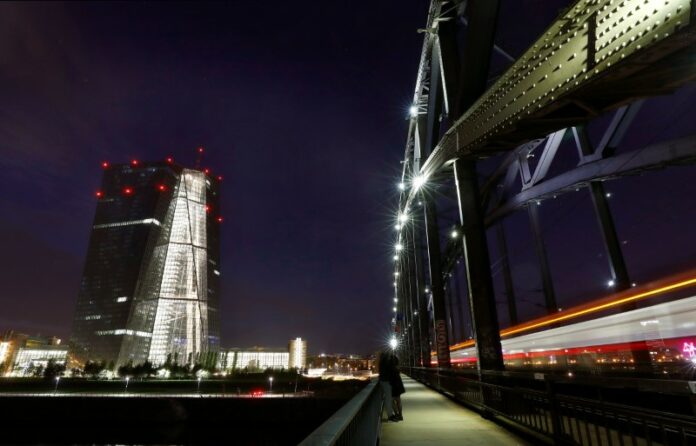 © Reuters. The skyline with its characteristic banking towers is reflected in river Main in Frankfurt

BRUSSELS (Reuters) – The European Central Bank can impose capital requirements on banks to provide for bad loans only on a case-by-case basis, the European Commission said in a document published on Friday, a clarification that could weaken the ECB plan.

The ECB is already under fire from the European Parliament, which said on Wednesday the bank went beyond its mandate by proposing new binding rules for all euro zone banks it supervises. The Commission’s document puts more pressure on the ECB supervisory unit to change its plan before it enters into force next year.

In a consultation document published on Friday, the commission sided with the European Parliament, by underlining that the ECB could only force specific banks to set aside more money against non-performing loans (NPLs).

“Binding measures and requirements can only be applied by the supervisor on a case-by-case basis depending on the individual circumstances of the bank,” the commission said.

The document confirmed earlier statements by the commission’s vice president, Valdis Dombrovskis, but is at odds with the position taken by EU economics commissioner Pierre Moscovici on Monday.

At the end of a meeting of euro zone finance ministers, Moscovici agreed with the Eurogroup’s president, Jeroen Dijsselbloem, who backed the ECB plan at a news conference.

Despite that support, the top ECB supervisor, Daniele Nouy, was forced to make concessions at a hearing in the economic affairs committee of the EU Parliament on Thursday under the grilling of lawmakers.

She said new rules on loans that go bad could be improved and delayed, but she defended the guidelines.

In the document, the commission consulted bankers and other interested parties on new legislative measures planned by March to avoid any future build-up of NPLs.

Bad loans during the euro zone’s decade-long financial crisis reached 1 trillion euros ($1.1 trillion), making it harder for banks to lend to companies and households. They have now decreased to nearly 850 billion euros, according to the ECB, but still weigh on banks, especially in southern Europe.

The commission clarified that its planned stricter rules should apply only to loans made after a cut-off date that needed to be decided. That contrasts with the ECB’s plan to also apply the new requirements to old loans that turn bad after January.

The ECB draft guidelines give euro zone banks seven years from January to provide for credit backed by collateral and two years for unsecured debt.

The commission’s consultation document refers to two years for unsecured loans, and six to eight years for secured debt.

The ECB had also planned similar stricter requirements for the existing stock of bad loans, which could have caused fire sales of banks’ assets if applied.

But after earlier criticism from banking lobbies, Nouy signaled that rules on legacy NPLs would be applied only bank-by-bank, ruling out sector-wide guidelines.