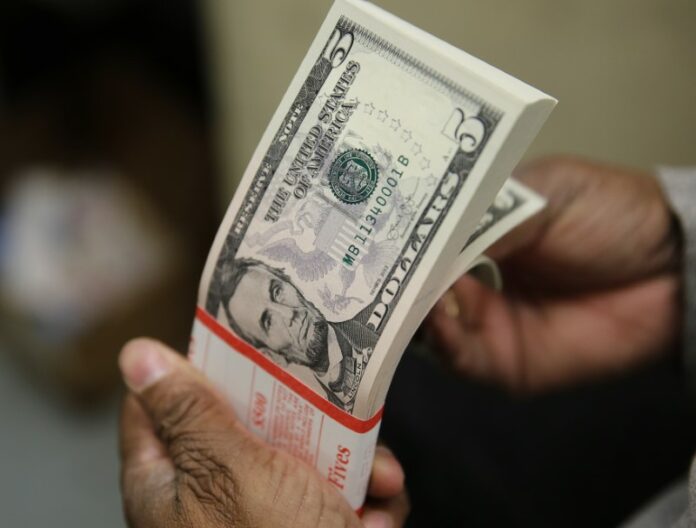 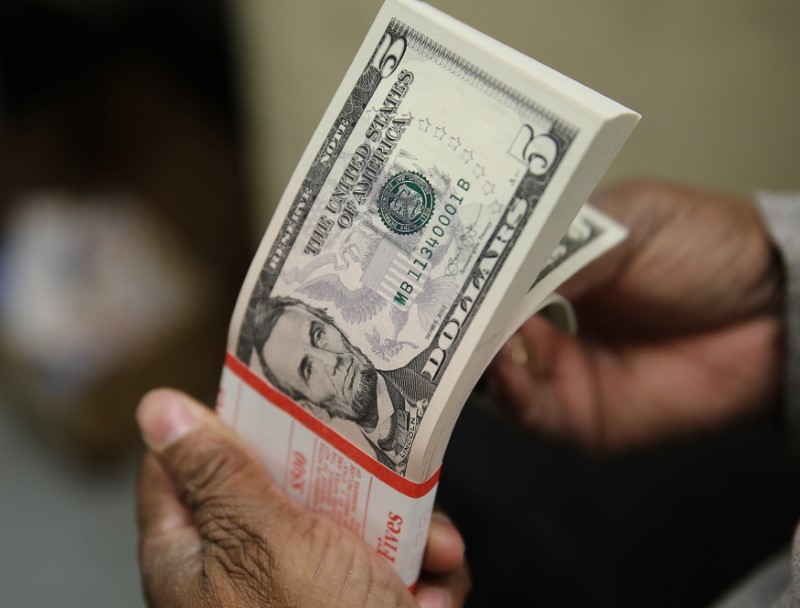 © Reuters. A packet of Lincoln five dollar bills is inspected at the Bureau of Engraving and Printing in Washington

By Maiya Keidan and Lawrence Delevingne

LONDON/NEW YORK (Reuters) – Multi-manager hedge funds, often star performers, have recovered from below-par returns in 2016, with investors adding $1.2 billion to them during the first three quarters of 2017.

Although traditionally they are meant to achieve some of the best returns by running different investment strategies and moving money between them based on their success, many investing approaches used by hedge funds actually lost money in 2016.

The sector posted returns of 5.1 percent up to the end of September 2016, data from Preqin shows, while the made gains of 8.6 percent over the same period.

Although these funds have generated returns of 8.14 percent on average so far to Sep. 30 this year, they have again lost out to the S&P 500 index, which was up 12.7 percent.

Despite this, their improvement over last year is enabling some firms to return profits to investors.

Citadel, one of the largest team-based hedge funds with $28 billion in investment capital, is among the top performers this year, with gains of 11.43 percent in its flagship fund through October, a source close to the firm said.

It is now planning on returning all profits from 2017 to investors, a letter reviewed by Reuters shows.

Traditionally some funds want to keep funds under management below a certain level as it becomes harder to manage assets above that threshold.

A spokesman for Citadel, founded by Chicago billionaire Ken Griffin, said it routinely returns profits, though it did not in 2015 when it made 5 percent, a source close to the firm said.

“We have routinely made profit distributions, in whole or in part, across a number of our funds over the past 20 years,” Citadel spokesman Zia Ahmed said.

Other multi-managers may not be far behind after improved performances. Folger Hill’s fund, for example, is up 4.5 percent through end-October, according to a person familiar with the situation, a turnaround from losing 17.5 percent last year. [nL1N1NC0X0]

Millennium Management’s International fund is up 5.54 percent in the year to Sept. 30, compared to just 3.38 percent in 2016, according to data compiled by HSBC. Balyasny’s Atlas Global Investments fund was up 3.59 percent to Oct. 13, after losing 0.73 percent in 2016, the same data showed.

“Multi-strategy funds are (in general) having a better year so far in 2017 relative to 2016,” Russell Barlow, head of hedge fund investments at Aberdeen Standard Investments, said.

“Security selection based on fundamentals is being rewarded, equity sector dispersion has increased and interest rate divergence has resulted in better opportunities for relative value strategies,” Barlow added.

Smaller funds run by Boothbay Absolute Return Strategies and Verition Fund Management are up an estimated 11.8 percent and 9.7 percent through Oct. 31, respectively, both outstripping 2016 returns, people familiar with the situation said.

Multibillion-dollar U.S. investor Schonfeld Strategic Advisors made gains of 14 percent in the year to end-September, a person familiar with the matter said.

However, Citadel appears to be the only multi-manager so far to have performed strongly enough to return profits.

But Citadel has not always performed well and asking to make redemptions has frustrated some investors who have stuck with them, particularly when many firms are already closed to new investment due to their popularity.

“I find this very sad,” said one fund-of-fund investor who received a letter to redeem capital. “Especially that we have trusted them in 2009 …after having had a very difficult 2008.”

Many investors prefer to keep profits from their initial investment with a manager in order to best generate year-on-year returns and avoid having to find a new home for their cash.