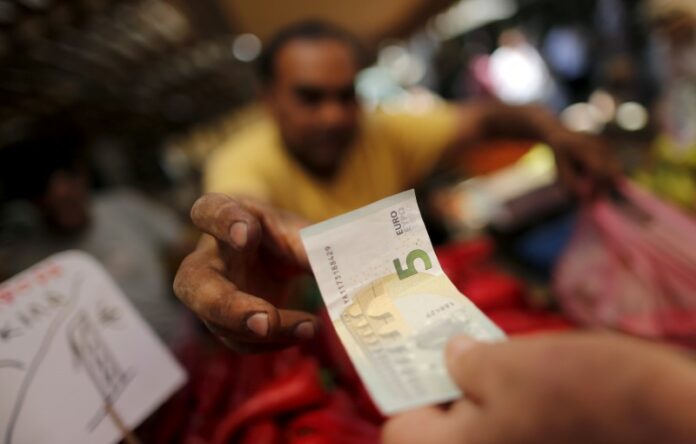 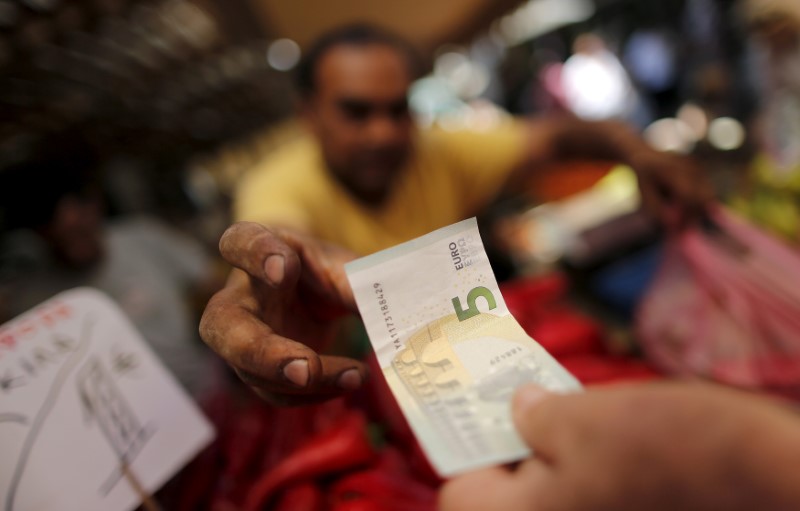 © Reuters. A vendor gets a five Euro bank note from a customer at the central market in Athens

ATHENS (Reuters) – Greece’s banks have shown progress in tackling a stockpile of non-performing loans, Bank of Greece governor Yiannis Stournaras said on Friday, but said it would remain a challenge for the country.

Greek banks are saddled with 103 billion euros in bad loans, equal to almost 60 percent of the economy, after years of financial crisis and crippling recession. The European Central Bank wants that reduced by 38 billion euros by the end of 2019.

“Incoming data point to a reduction in NPEs (non performing exposures) and this is mainly driven by loan write-offs,” Stournaras told a conference in Athens.

“However, banks should utilize all the available toolbox to reduce troubled assets, and in particular speed up the sale of NPLs.”

Stournaras said high public debt and levels of unemployment were also key challenges to the Greek economy, which is starting to show signs of growth after a crippling eight-year recession which sapped a quarter of its national output.

The economy was expected to grow 1.65 percent this year and 2.4 percent the next, Stournaras said.

But moving forward, the jobless rate – at 20.6 percent, toxic loans and the public debt mountain representing almost 180 percent of national output needed to be addressed, he said.

Greece’s EU creditors have said they would consider a debt restructure, if necessary, around the time an 86 billion euro bailout program expires in August.

The Bank of Greece, Stournaras said, had put forward a specific proposal to extend the weighted average maturity of interest payments on loans issued by the European Financial Stability Facility (EFSF) by at least 8-1/2 years.

“This mild debt reprofiling proposal is vital for debt sustainability in Greece, while it involves only a negligible cost for its partners,” Stournaras said.