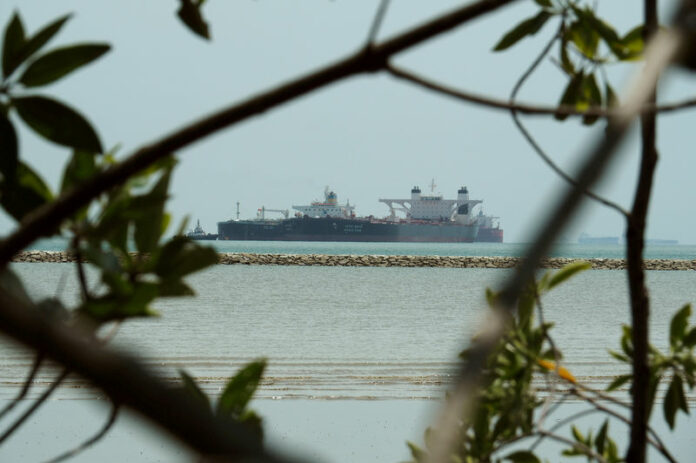 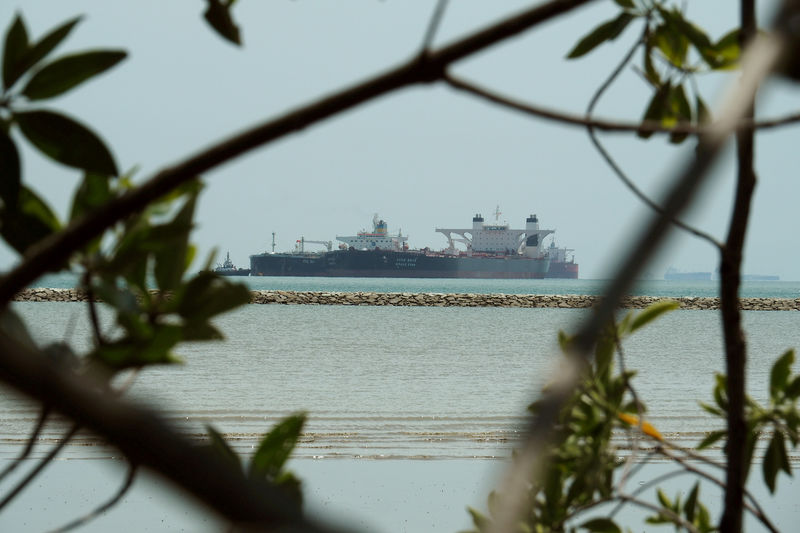 © Reuters. FILE PHOTO: The Grace Star (R) oil tanker is seen being used as a floating oil storage facility off the coast of Johor

By Henning Gloystein and Roslan Khasawneh

SINGAPORE (Reuters) – The amount of oil stored on tankers around Singapore has dropped sharply in the last months, the latest indication that OPEC-led supply cuts are successfully tightening crude markets even as U.S. exports have soared.

Shipping data in Thomson Reuters Eikon shows around 15 super-tankers are currently filled with oil in waters off Singapore and western Malaysia, storing around 30 million barrels of crude. That is half the number of ships in June and down from 40 tankers holding surplus fuel in mid-2017.

The drop in floating storage around Asia’s main oil-trading hubs comes in the wake of voluntary production cuts led by the Organization of the Petroleum Exporting Countries (OPEC) and Russia as they look to choke off a supply overhang that has dogged markets for years.

“There are less incentives for traders to hold crude given rising crude oil prices and premiums. So to some extent, the OPEC cuts have worked,” said Eng Hian, head of trading at AgriTrade Energy in Singapore, which trades crude and operates tankers used for storage.

futures are up more than 40 percent since July to almost $64 per barrel. Also, the Brent forward curve shows contracts for future delivery are cheaper than spot supplies, a condition known as backwardation which makes it unattractive to store oil.

“The (backwardation) structure has flushed out oil in storage,” Eng Hian said.

The OPEC-led cuts were initially slated to last for the first half of 2017, but have since been extended until March next year as some participants took time to comply with the curbs and as imports jumped.

Saudi Arabia this month lifted the price for its light crude in Asia to the highest level since September, 2014, just before the glut started.

“Strength in demand is an important force in the rebalancing of the global oil market … It has helped the decline in excess inventories,” Goldman said in a note to clients.

Despite the tighter market, energy consultancy FGE warned this week that due to rising U.S. shale production and a potential jump in OPEC supplies after the end of its voluntary cuts, a supply glut could re-emerge.

U.S. oil production climbed to a record of over 9.6 million barrels per day (bpd) this month, and output is set to climb further. Texas issued around 1,000 oil and gas drilling permits last month, up nearly 17 percent from the same month a year ago, according to the state’s energy regulator.