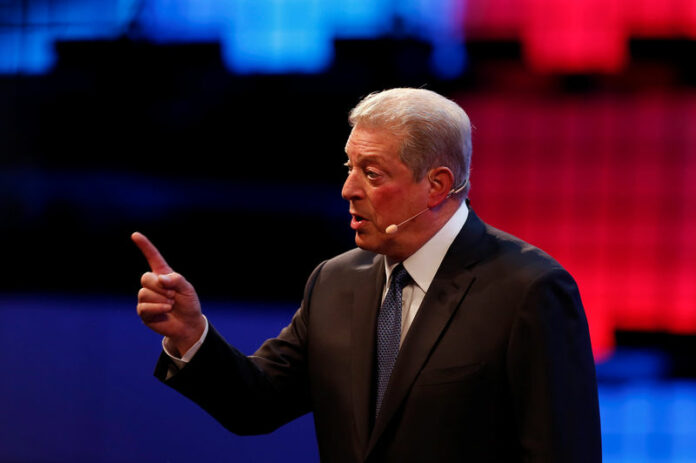 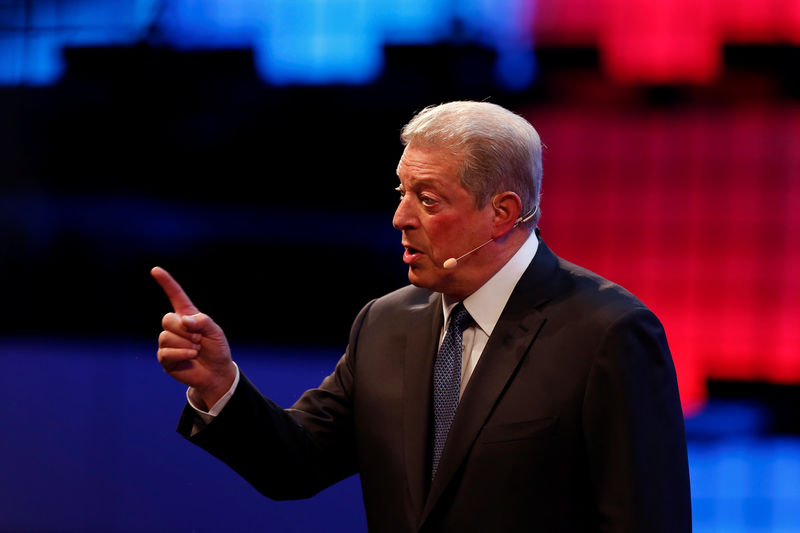 Gore, speaking on the sidelines of a 200-nation meeting on global warming in Germany, dismissed Trump’s stated willingness to re-engage in the 2015 pact if he won better terms for U.S. taxpayers and businesses as a “smokescreen”.

“It’s a classic political effort to have things both ways. He’s made his decision but he wants to give the other side a faint hope that … that he might yet change his mind,” he told Reuters.

“It’s pointless for me to continue trying to persuade him to change his mind,” he said. “Can somebody else? (German) Chancellor Angela Merkel? (Japanese) Prime Minister (Shinzo) Abe? Somebody else? I don’t know. I doubt it.”

Gore, who served as vice president for Democratic President Bill Clinton, won a share of the 2007 Nobel Peace Prize and his film, “An Inconvenient Truth,” a documentary on climate change, won an Academy Award.

Trump said in June that he would quit the Paris Agreement and instead focus on creating jobs in the coal and oil industries. No other nation has followed his lead.

Syria, the last nation outside the accord, said last week it would sign up.

Under the rules, a U.S pullout will not take effect until just after the 2020 U.S. presidential election. Gore noted that any future president could re-join simply by giving 30 days’ notice to the United Nations.

Gore said no nations in Bonn were trying to sweeten the terms of the Paris Agreement for Trump. “Nobody here is trying to offer them anything,” he said.

Earlier on Saturday, an anti-Trump U.S. alliance said that U.S. cities, states and businesses accounting for more than half the country’s economy remained committed to the 2015 Paris climate accord.

Gore said the United States, helped by non-federal actions, could achieve a goal set by former President Barack Obama of cutting emissions by between 26 and 28 percent below 2005 levels by 2025.

He also said that a global goal of channeling $100 billion a year in climate finance to developing nations by 2020, from both public and private sources, was still within reach despite cuts by Trump.

Private sector investments in developing nations in areas such as solar and wind power were booming, he said. “I think private investment flows are going to totally dwarf the pledges that are government to government,” he said.