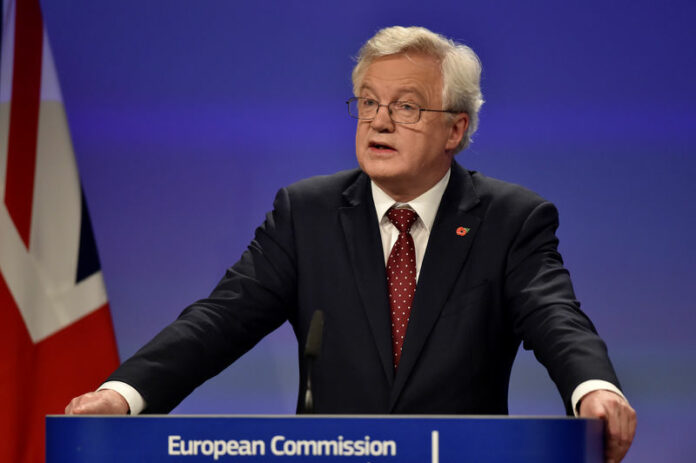 No figure on cost of Brexit offered to unlock talks, British minister says 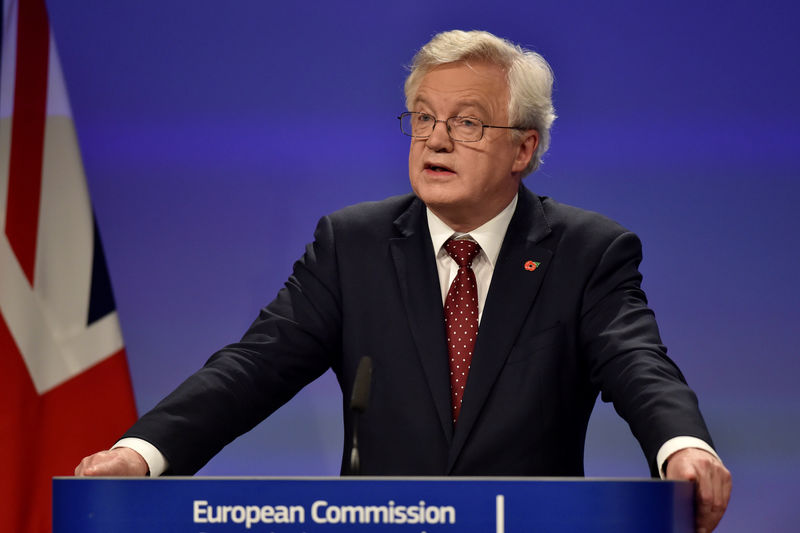 LONDON (Reuters) – Britain will not offer a figure or a formula for how much it believes it owes the European Union, Brexit minister David Davis said on Sunday, after the EU demanded that London spell out its approach to the final bill to unblock talks.

With no movement in the negotiations to unravel more than 40 years of union, Britain may miss a December deadline to move the talks to a discussion of future trade ties, which businesses say is vital for them to make investment decisions.

Both sides are frustrated by the lack of progress, and last week, the EU negotiator, Michel Barnier, said Britain had two weeks to spell out how far it would “honor its obligations” to break the deadlock.

But Davis told Sky News the EU had agreed Britain would not need to offer “a number or a formula” for the financial deal when London accepted the bloc’s schedule for the talks – first a discussion about the divorce and second, about future ties.

“In every negotiation, each side tries to control the timetable. The real deadline on this is, of course, December,” Davis said, referring to the next EU summit, taking place in Brussels on Dec. 14-15, when Britain hopes the bloc will launch the next phase of the talks.

“(British taxpayers) would not want me to just come along and just give away billions of pounds. So we’ve been very, very careful, and it’s taking time and we will take our time to get to the right answer.”

Prime Minister Theresa May says she cannot offer a figure for the financial settlement until her government knows what the future relationship will be. But she also does not want to inflame Brexit campaigners who have suggested Britain walk way.

James Dyson, the billionaire inventor of the bagless vacuum cleaner and Brexit supporter, said he did not blame the government for the lack of progress, but questioned whether Britain could ever win a good deal.

“The problem is with the people we are negotiating with. I think that demanding billions and billions to leave is quite outrageous, and demanding it before we’ve negotiated anything is outrageous,” Dyson told the BBC. “So I would walk away.”

Both sides say they are ready for a “no deal” – a message reiterated by the EU’s Barnier in the French weekly Journal du Dimanche, where he also called on Britain to detail which financial commitments it would honor.

“Theresa May has committed to paying the contributions of 2019 and 2020, as well as other commitments, without specifying which ones,” Barnier told Journal du Dimanche.

“The European taxpayer should not pay the price of a decision made … by the United Kingdom.”

(reporting by Elizabeth Piper in London and by Sybille de La Hamaide in Paris, editing by Larry King)