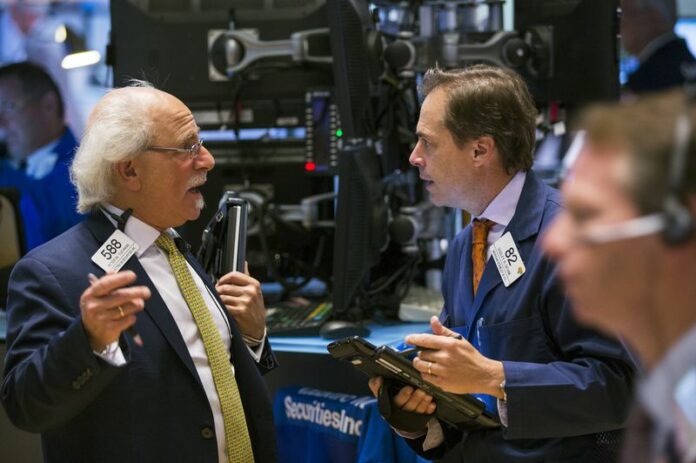 The week ahead: 5 things to watch on the economic calendar

© Reuters. 5 things to watch on the economic calendar in the week ahead

Investing.com – Inflation readings will matter most for global financial markets in the week ahead, with the U.S., UK, euro zone and Canada all set to release CPI numbers in the coming days.

Meanwhile, market players will likely turn their attention to the Central Bank Communications Conference hosted by the ECB, with a panel discussion including the heads of the European, U.S., British and Japanese central banks in the spotlight.

Ahead of the coming week, Investing.com has compiled a list of the five biggest events on the economic calendar that are most likely to affect the markets.

The Commerce Department will publish October inflation figures at 8:30AM ET (1330GMT) Wednesday. Market analysts expect consumer prices to rise 0.1%, while core inflation is forecast to inch up 0.2%.

On a yearly base, core CPI is projected to climb 1.7%. Core prices are viewed by the Federal Reserve as a better gauge of longer-term inflationary pressure because they exclude the volatile food and energy categories. The central bank usually tries to aim for 2% core inflation or less.

Rising inflation would be a catalyst to push the Fed toward raising interest rates.

At the same time Wednesday, the Commerce Department will publish data on retail sales for Oct. The consensus forecast is that the report will show retail sales increased 0.1% last month. Core sales are forecast to gain 0.2%.

Rising retail sales over time correlate with stronger economic growth, while weaker sales signal a declining economy. Consumer spending accounts for as much as 70% of U.S. economic growth.

The Fed is scheduled to hold its final policy meeting of the year on Dec. 12-13, with interest rate futures pricing in a 100% chance of a rate hike at that meeting, according to Investing.com’s Fed Rate Monitor Tool.

Elsewhere, in the stock market, chain-store retailers such as Walmart (NYSE:), Target, Home Depot (NYSE:) and TJX report results, as do a number of smaller chain stores, in what will be the last busy week of earnings season.

On the political front, tax reform will likely stay at the forefront, as markets look for any new developments on the Trump Administration’s tax bill.

The UK Office for National Statistics will release data on consumer price inflation for October at 0930GMT (4:30AM ET) on Tuesday. Analysts expect annual CPI to reach a five-year high of 3.1% from 3.0% a month earlier.

In addition to the inflation report, traders will focus on monthly unemployment and retail sales data for further indications on the continued effect that the Brexit decision is having on the economy.

On the central bank front, speeches by Bank of England Deputy Governors Jon Cunliffe and Ben Broadbent will be on investors’ minds as they search for more hints on the timing of the next policy move.

The BoE raised interest rates for the first time in more than ten years earlier this month, but said it sees only gradual rises ahead as Britain prepares to leave the European Union.

Politics is also likely to be in focus, as market participants keep an ear out for any news regarding the ongoing Brexit negotiations.

The euro zone will publish final inflation figures for October at 1000GMT (5:00AM ET) Thursday. The report is expected to confirm that consumer prices rose 1.4%, remaining well below the European Central Bank’s target.

Perhaps more significantly, the core figure, without volatile energy and food prices, is forecast to reach a five-month low of 0.9%, lending support to the ECB’s decision to withdraw monetary stimulus only slowly.

In addition to the inflation data, the euro zone will publish a second estimate on third quarter economic growth.

The ECB last month said it would cut its bond purchases in half from January, but extended the program until the end of September and left the door open to backtracking, citing muted price pressures.

Canada is to release October consumer price inflation data at 8:30AM ET (1330GMT) Friday. The report is expected to show that inflation increased 0.1% last month. On a yearly base, CPI is projected to climb 1.4%.

The Bank of Canada held interest rates steady as expected last month and warned that it would maintain a cautious stance as it considers future moves given the risks and uncertainties facing the economy.

The panel discussion, titled “At the heart of policy: challenges and opportunities of central bank communication”, is set to start at around 1000GMT (5AM ET).

Curve-flattening on both sides of the Atlantic, but more markedly in the United States, suggests investors have doubts over the future path of inflation and may be starting to price in a downturn just as the global economy picks up speed.