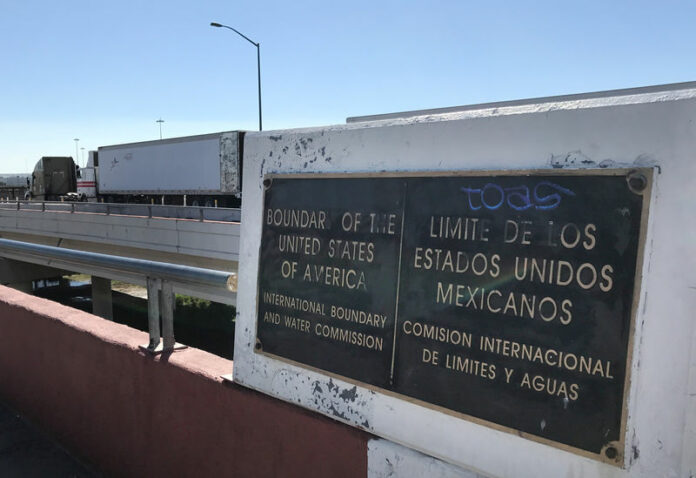 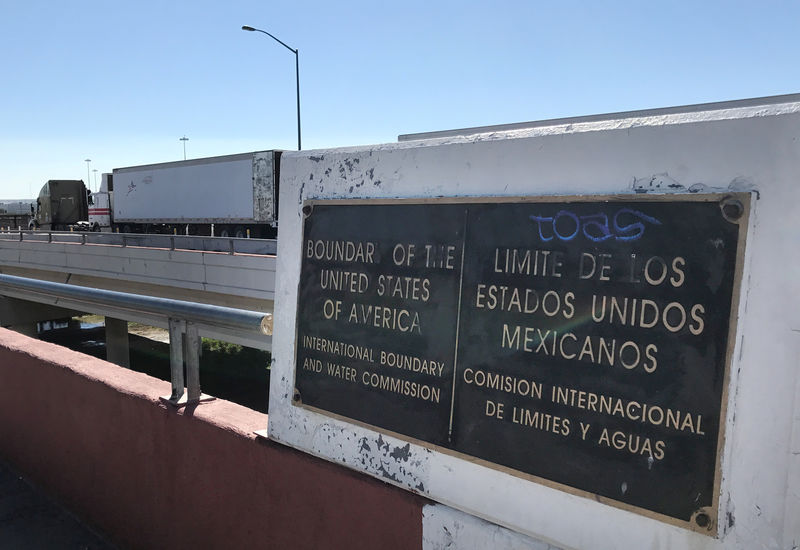 © Reuters. Trucks cross into the U.S. at the US-Mexico border crossing over the Rio Grande in Cuidad de Juarez

EL PASO, Texas (Reuters) – The jeans Estela Ortiz wears to work on casual Fridays are a last vestige of the job she held for 24 years at Levi Strauss, one of El Paso’s top employers before the North American Free Trade Agreement clobbered the town’s textile industry.

The 1994 trade pact helped eliminate the jobs of Ortiz and thousands of others in the West Texas border town, as manufacturing plants in the area left for Mexico and elsewhere, and firms boosted imports.

But Ortiz, like many others in El Paso, has come to terms with the changes. Now, as the administration of President Donald Trump, a Republican, works to renegotiate or scrap the trade deal, what worries many is what kind of economic havoc eliminating NAFTA could bring.

Across the United States, businesses and communities that have adjusted, often with difficulty, to changes NAFTA brought face the possibility of yet more disruption.

“We’ve actually suffered some of the pains of globalization; I think we are in the position now as a country and as a state to reap the rewards,” Dallas Federal Reserve President Robert Kaplan said in a visit last month to El Paso.

Kaplan said that trade with Mexico has, overall, boosted U.S. competitiveness and jobs. “If we didn’t have this trading relationship … we’d likely lose some of these jobs in this hemisphere.”

The trade agreement negotiated by the Republican administration of President H.W. Bush and finished by President Bill Clinton, a Democrat, reshaped El Paso’s economy for both good and ill.

Despite initial job flight, the city of about 680,000 people has many more jobs than before the trade pact signed by the United States, Canada and Mexico, and unemployment is down.

The new jobs are different from the old ones, and wages in the area have not risen as quickly as in other parts of the United States.

Ortiz, 61, now has a full-time position there. Compared to her days at Levi Strauss when she was a human resources manager, the pay is “way less,” she says. “But at least … as an educational institution, it cannot be affected so much by NAFTA.”

El Paso, one of the poorest U.S. cities even before NAFTA, lost 29,000 manufacturing jobs between 1994 and 2016, Labor Department data shows. Not all of those could be attributed to the trade pact, however, because there were other factors including different trade agreements and increased automation.

In the first six years of NAFTA, more than 22,000 workers in El Paso were certified by the Department of Labor as having lost jobs because of the adverse effects of trade.  About 11,000 more jobs have been certified as lost since then. At least 17,000 of the total job losses were linked to production shifting to Mexico or to increased imports from Mexico.

A Reuters analysis suggests NAFTA also held down wage growth in El Paso, leaving residents’ average pay lagging far behind the rest of the United States. Average weekly wages are 69 percent of the national average. In 1993, the year before NAFTA was signed, they were 75 percent.

“In the broadest possible picture, NAFTA probably provided a very minor increase in real incomes in the U.S.,” said University of Virginia’s John McLaren, who co-authored a 2016 study documenting NAFTA’s effect on U.S. wages. “But for an important minority of blue-collar people who already had lower wages, it was a big negative … El Paso was one of the most affected” places.

El Paso, on the Rio Grande across the U.S.-Mexico border from Mexico’s Ciudad Juarez, has come back to some extent from the early years of NAFTA. By some measures it is better off than it was.

Unemployment was high in El Paso before NAFTA and remained high for years, sometimes in the double digits, even as the rest of the country stayed mostly in the 4 percent to 5 percent range.

By 1999, that was changing, with El Paso unemployment consistently below 10 percent. In the ensuing years, the city has slowly closed the gap with the rest of the United States. Since the financial crisis in 2008, El Paso’s unemployment has mostly run within a percentage point of the national average; for the past several months it has run below it.

For some in El Paso, NAFTA has meant crossing the border to work. Every weekday, Sergio Balderrama drives his red pickup to Juarez for his job as commodity manager at a plant that assembles electronic parts for cars made by GM, Audi, Hyundai and others.

Balderrama’s employer, Grand Rapids, Michigan-based Firstronic LLC, is moving ahead with plans to expand production in Juarez, which supplies mostly to factories in Mexico.

“If there’s an economic disruption due to NAFTA being scrapped, it could affect many of our customers,” Sammut said.

McLaren, who did the study on post-NAFTA wages, agreed.

“There has been all this investment that has been made with the idea that NAFTA would be permanent,” McLaren said, especially in the car manufacturing industry.

Humberto Alcazar, 51, who left his engineering job at a factory in 1995 as it moved production abroad, now works as a realtor, selling large houses in an El Paso neighborhood populated by owners of factories in Juarez.

“I have a better house, a better standard of living,” Alcazar said, but he worries that if Trump carried out his threat to kill NAFTA, prices of goods would rise and businesses, including his own, would suffer.