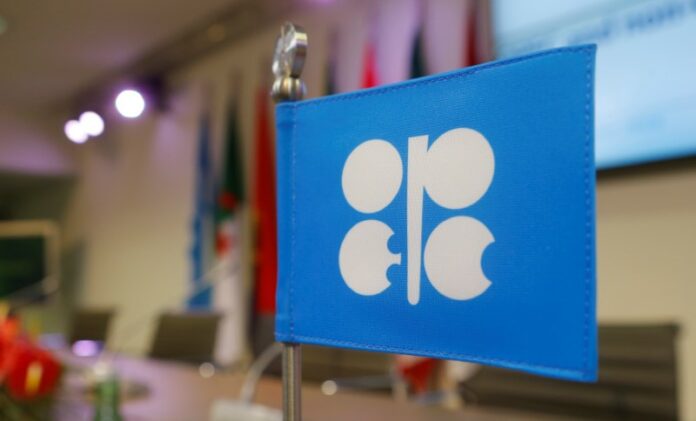 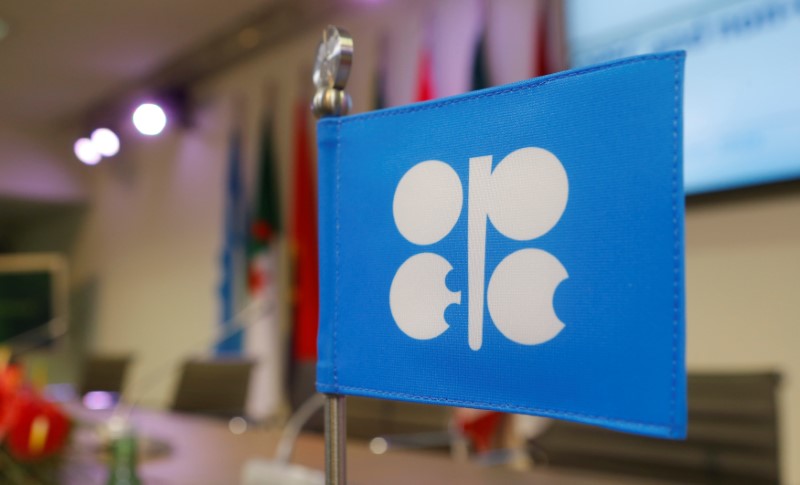 © Reuters. A flag with the OPEC logo is seen before a news conference in Vienna

LONDON (Reuters) – OPEC raised its forecast on Monday for demand for its oil in 2018 and said its deal with other producers to cut output was reducing excess oil in storage, potentially pushing the global market into a deficit next year.

The Organization of the Petroleum Exporting Countries also said in a monthly report it had cut its estimate of 2018 supply from producers outside the group and said oil use would grow faster than previously thought due to a stronger-than-expected world economy.

OPEC said the world would need 33.42 million barrels per day (bpd) of OPEC crude next year, up 360,000 bpd from its previous forecast and marking the fourth consecutive monthly increase in the projection from its first estimate made in July.

Oil prices (), which are trading close to the highest since 2015, rose further towards $64 a barrel after the report was issued. Crude is still about half its level of mid-2014, when a build-up of excess supply led to a price collapse.

The 14-country producer group said its oil output in October, as assessed by secondary sources, was below the 2018 demand forecast at 32.59 million bpd, a drop of about 150,000 bpd from September.

The report’s OPEC production figures mean compliance with the supply cut by the 11 members with output targets has risen above 100 percent from 98 percent in September, according to a Reuters calculation.

“The high conformity levels of participating OPEC and non-OPEC producing countries … have clearly played a key role in supporting stability in the oil market and placing it on a more sustainable path,” the report said.

Should OPEC keep pumping at October’s level, the market could move into a deficit next year, the report indicates.