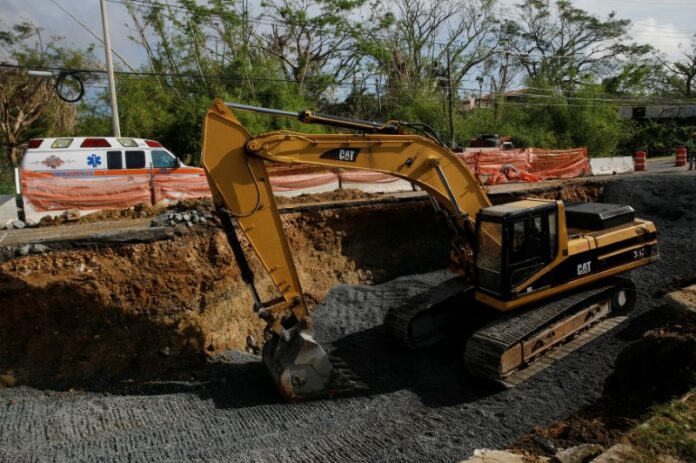 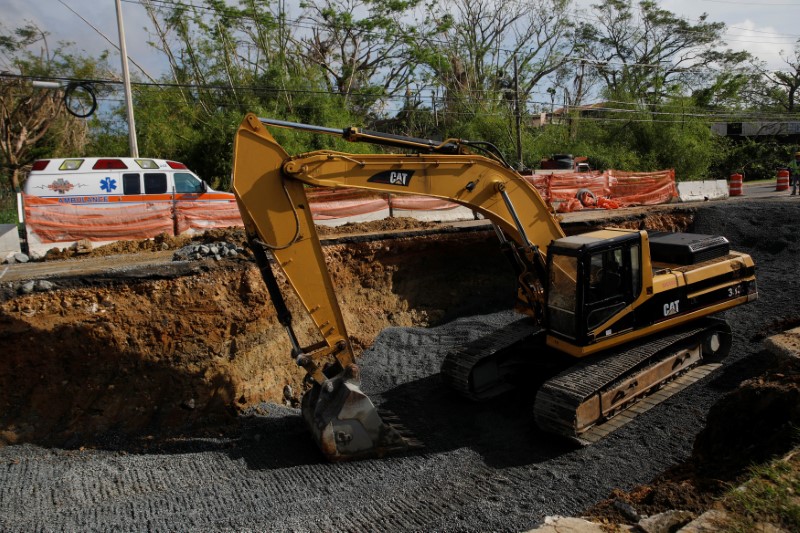 © Reuters. A crane is seen inside a sinkhole caused by Hurricane Maria at a construction site along Puerto Rico Highway 2, outside San Juan

“This is a conservative estimate based on similar efforts that have been done in New York, New Jersey and of course in Texas most recently,” Rossello said at a press conference streamed online from the National Governors Association in Washington.

“Now, I am however confident that we have turned a corner. That we are now flowing out of the life sustainment phase and we are starting the recovery phase, and the rebuilding phase,” Rossello said.

In a letter to President Donald Trump, Rossello said recovery from the storm, the worst hurricane to hit the U.S. commonwealth in 90 years, exceeded the resources of the Federal Emergency Management Agency’s Disaster Relief Fund and associated programs.

At the top of priorities is $31.1 billion for housing, followed by $17.8 billion to rebuild and make more resilient the power grid.

The reform would allow disaster recovery money to be used to modernize infrastructure, not just return it to recent condition. Puerto Rico’s infrastructure was already weak.

Restoring the power grid has been a top priority since Maria’s 150 mile per hour winds knocked it out completely on Sept. 20.

Rossello and the island’s power authority, PREPA, were criticized for a no-bid contract with a tiny private firm, Whitefish Energy, for a portion of the repairs. Rossello canceled the contract on Oct. 29 after an uproar over its provisions.

The U.S. Department of Energy’s latest readings indicate 47.8 percent of power capacity has been restored.

Puerto Rico’s economy was already in recession before Maria landed and its government filed for bankruptcy in the face of $120 billion in debt and pension liabilities.

Rossello said the decisions Congress takes now will define “how successful we are in rebuilding Puerto Rico.”