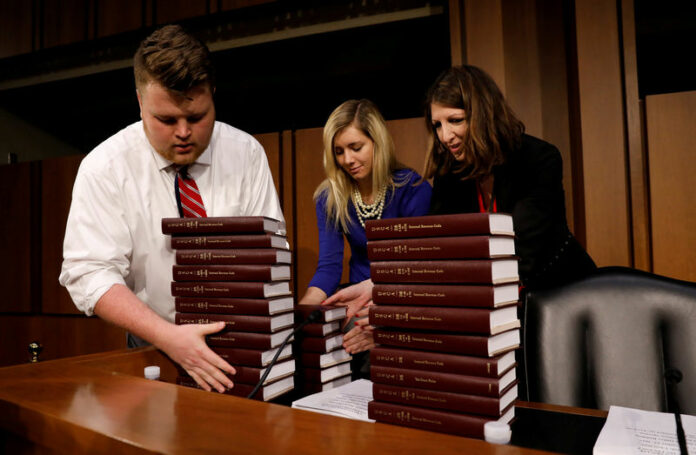 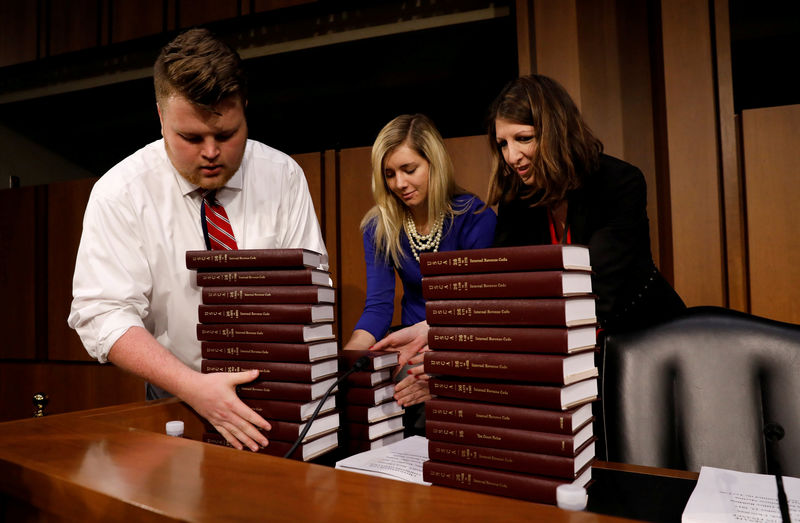 WASHINGTON (Reuters) – U.S. President Donald Trump urged lawmakers on Monday to slash the top tax rate paid by the wealthy and end the Obamacare individual healthcare mandate, even as he praised their work so far on tax reform in the Republican-controlled Congress.

Members of the U.S. House of Representatives and Senate were debating their respective plans this week before heading home for the U.S. Thanksgiving Day holiday.

Republicans are aiming to achieve a significant overhaul of the U.S. tax code and hand Trump his first major legislative victory. The two chambers hope to resolve their differences in time to enact the legislation by the end of the year.

“I am proud of the Rep. House & Senate for working so hard on cutting taxes {& reform.} We’re getting close!” Trump wrote in a Twitter post.

Trump has repeatedly pushed for the tax reform bill to include a repeal of the Affordable Care Act mandate that all Americans purchase health insurance or else pay a fine. Neither House nor Senate proposals include such a provision.

“Now, how about ending the unfair & highly unpopular Indiv Mandate in OCare & reducing taxes even further? Cut top rate to 35% w/all of the rest going to middle income cuts?” he added.

Republican tax plans in the House and Senate would each add about $1.5 trillion to the federal deficit over the next decade, but lawmakers will have to iron out differences including the treatment of the deduction for state and local taxes, when to start a cut in the corporate tax rate and whether to scrap the estate tax on inheritances.

The House is expected to pass its tax bill this week, while the Senate debates its proposal. Senate Majority Leader Mitch McConnell said the Senate hoped to have its version ready to be considered the week after Thanksgiving.

The two plans have some different details but are “similar conceptually,” McConnell said in his home state of Kentucky.

Senators began tweaking their proposal on Monday. An amendment introduced by Republican Senator Orrin Hatch would remove the provision that currently lets working Americans over 50 make tax-free catch-up contributions to their retirement plans.

The prospects for the provisions Trump pushed were uncertain.

The Senate proposal calls for keeping seven tax brackets but cutting rates, including the top tax rate for the highest earning taxpayers, to 38.5 percent from 39.6 percent. The House wants to reduce the number of brackets, but leave the 39.6 percent top rate alone.

The Congressional Budget Office said last week that repealing the Obamacare individual mandate would increase the number of uninsured Americans by 13 million by 2027 and reduce the federal budget deficit less than it originally forecasted.

Trump and some Republicans favor including a repeal of the mandate in tax overhaul legislation. But lawmakers, Republican aides and lobbyists have said it would be difficult to include a repeal in a tax effort complicated by intraparty differences and intense business lobbying.

The Trump administration is trying to drum up support for the tax reform effort in U.S. towns and cities as well as on Capitol Hill.

Treasury Secretary Steve Mnuchin and Trump’s daughter Ivanka, a presidential adviser, touted the Republican tax initiatives as good for economic growth and for families in an appearance at a Bayville, New Jersey, fire station.