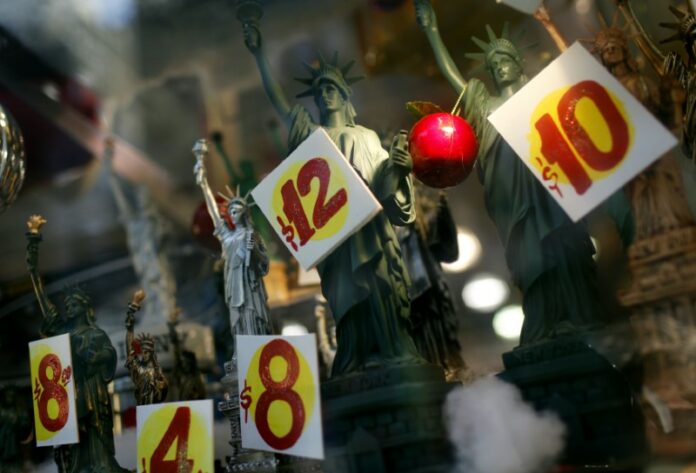 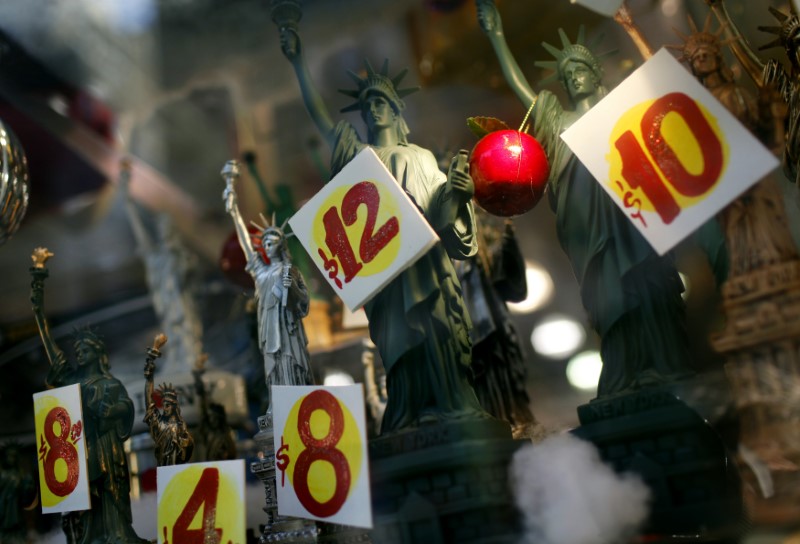 © Reuters. Prices are seen on replica Statues of Liberty figures in a shop window in New York City

NEW YORK (Reuters) – U.S. inflation expectations edged up again in October, touching their highest level in six months, according to a Federal Reserve Bank of New York survey that could spell some relief for central bankers looking for hints of price pressure.

The survey of consumer expectations, an increasingly valuable gauge as the Fed cautiously raises interest rates in the face of below-target inflation, showed the one-year-ahead measure was 2.61 percent in October, its second monthly rise. That’s up from 2.54 percent the month before and the highest since April.

The three-year-ahead expectation was 2.81 percent, slightly up from the previous month and also at the highest level since April.

Both gauges have generally slipped since the survey began in mid-2013, covering a period in which spot inflation levels have lingered below a 2-percent Fed target. The central bank has nonetheless raised rates four times since late 2015 in a nod to strong employment and steady economic growth, and expects to tighten policy again next month.

The internet-based survey is done by a third party and taps a rotating panel of about 1,200 household heads.