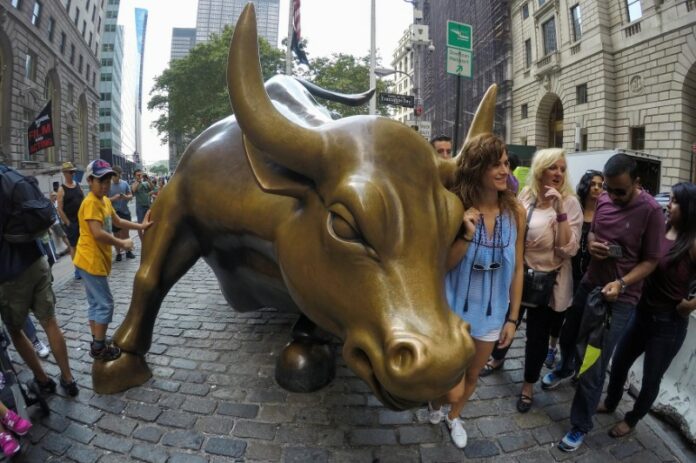 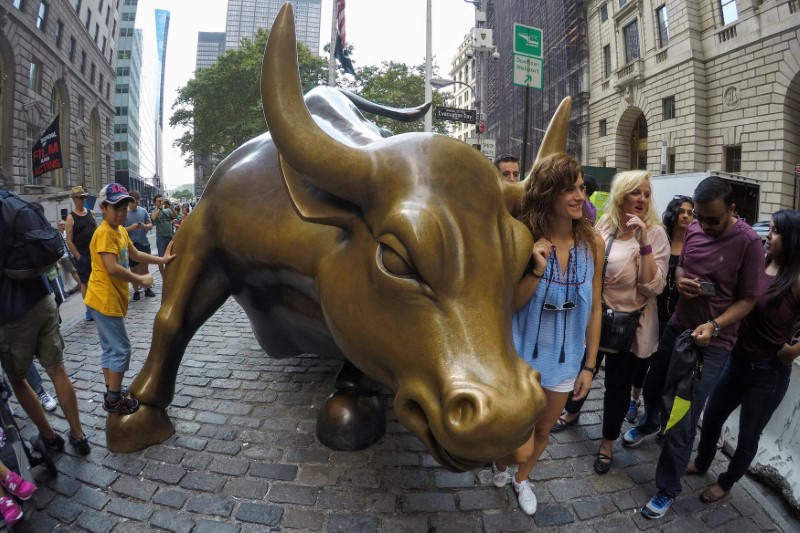 © Reuters. People pose next to the Wall Street Bull in the financial district in New York

(Reuters) – Wall Street bonuses may climb as much as 10 percent this year, in the first meaningful jump for the industry since 2013, according to a closely watched report.

Bankers who advise companies on issuing stock or bonds could see an even bigger pay jump, as much as 20 percent, compensation firm Johnson Associates Inc said on Sunday.

The KBW Nasdaq Bank Index, which measures the largest U.S. banks, has risen 34 percent since the election, compared with the benchmark index’s 24 percent gain over the same period.

Banks, including Goldman Sachs Group Inc (NYSE:) and Morgan Stanley (NYSE:), that once relied heavily on trading, are now leaning more heavily on businesses like private equity and wealth management.

As a result, fixed income traders are likely to see their bonuses fall as much as 10 percent, the report said.

“The profit engine of fixed income continues to sputter,” Johnson Associates managing director Alan Johnson said in an interview. “There are a lot of people who don’t think that business is coming back.”