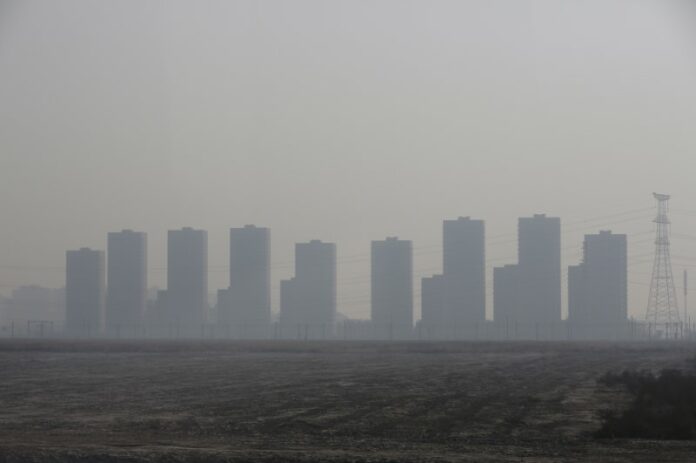 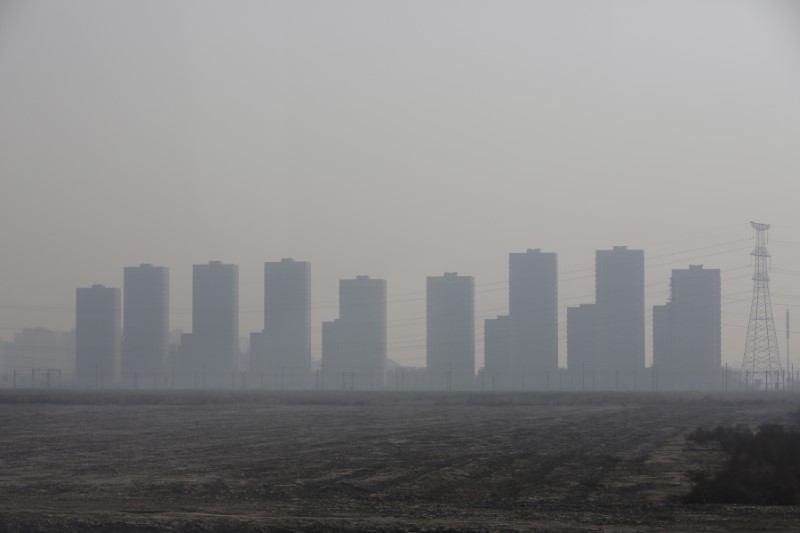 © Reuters. Buidlings are seen on a polluted day in Tianjin

“(The market) will be pushed out once it has received approval,” it quoted Xie as saying on the sidelines of the latest round of climate negotiations in the German city of Bonn.

But as part of pledges made ahead of climate negotiations in Paris in 2015, it pledged to launch the nationwide ETS in 2017.

By the end of September, an accumulated total of 197 million tonnes of carbon dioxide has been traded in the pilot cities with a total value of 4.5 billion yuan ($677.45 million).

Once launched, China’s ETS is expected to become the world’s biggest, overtaking the European Union’s.

However, government officials and researchers have warned that the scheme is still facing problems and needs further improvements due to unreliable data and other regulatory problems.

A deputy director at a government think tank told reporters last week in a presser that he didn’t expect the trading market to be in full swing until early next year.

The country also vowed to raise the share of non-fossil fuels to 20 percent of its total energy mix by 2020 and bring carbon emissions to a peak by around 2030.

“It is very likely for China to cap carbon emissions by around 2030,” said Xie, adding that China has identified 87 pilot cities across the country to explore ways to cut emissions.

Despite Beijing’s efforts to boost renewable energy consumption, coal-fired power remains the major source of electricity in the country, accounting for 65.2 percent of total power generation in 2016.

Coal-fired power capacity across the country is expected to be capped at 1,100 gigawatts by 2020, the National Energy Administration said on Monday.