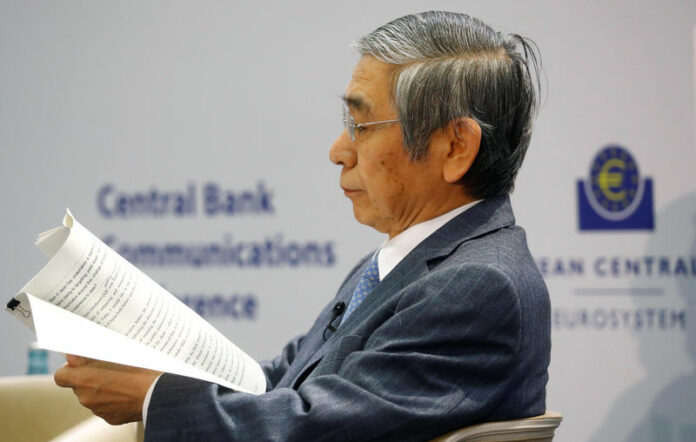 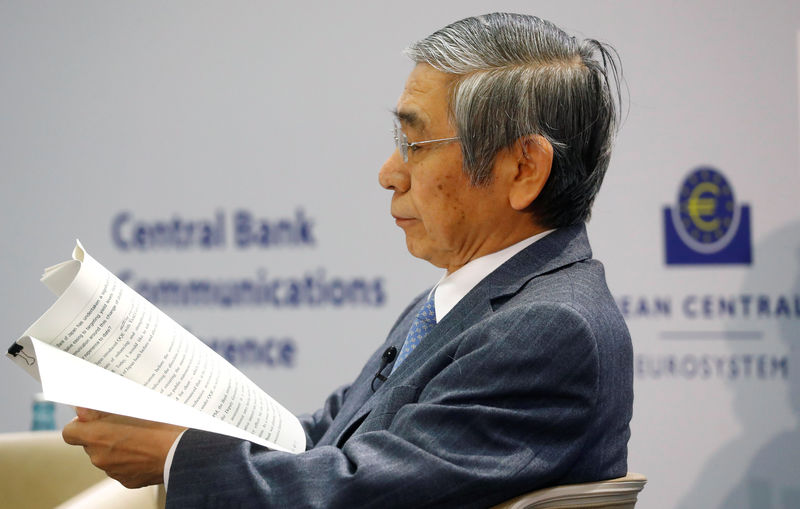 FRANKFURT (Reuters) – Four of the world’s top central bankers promised on Tuesday to keep guiding investors about future policy moves as they slowly withdraw the extraordinary monetary stimulus rolled out during the financial crisis.

After pumping some $10 trillion into financial markets since the 2008 crisis – driving them to record highs – the Federal Reserve, the European Central Bank, the Bank of England and the Bank of Japan are now trying to wean investors off easy money without causing an upset.

To do this, words will be key, the heads of the four central banks told an ECB conference on communication.

Draghi and his three counterparts are at very different stages in the process.

The Fed is looking at its fifth rate increase and the BOE raised its own rate this month for the first time in 10 years. But the ECB is merely reducing the pace of its bond purchases, and the BOJ is still printing money at full speed although it has signaled that no additional stimulus is likely.

Fed Chair Janet Yellen agreed with Draghi that guidance has been beneficial “on balance” but stressed it should always be viewed as depending on how the economy actually develops.

“All guidance should be conditional and related to the outlook for the economy,” Yellen said.

Then-Fed chair Ben Bernanke famously sent global bond markets into a tailspin in May 2013 by suggesting in May 2013 that bond purchases could be reduced. In the event, the “taper tantrum” meant bond buys would not be reduced for another 10 months.

Draghi had his own mini-tantrum in June when he suggested that the ECB’s policy could be tweaked to reflect stronger growth. The market sell-off that followed was so big the eventual scaling back of purchases was relatively small and drawn out.

And Bank of England Governor Mark Carney’s guidance on the path for interest rates has repeatedly been knocked off course by surprises in the economy, prompting one lawmaker to call him an “unreliable boyfriend”.

Speaking alongside Yellen and Draghi, Bank of Japan Governor Haruhiko Kuroda said the best way to avoid misunderstandings was to keep the message simple.

“It should better be straightforward,” he said. “That’s the best way.”

His UK counterpart, Carney, stressed the importance of reaching the broader public, rather than just financial investors.

Fed governors talk on an almost daily basis, Kuroda speaks frequently and some of the ECB’s 25 rate-setters appear to live a life of their own, sometimes giving speeches at odds with the ECB’s main policy lines.

A survey by the Brookings Institute think tank found that two-thirds of Fed watchers wanted governors to speak less frequently and over half wanted Yellen to speak more instead, to streamline and focus the message.