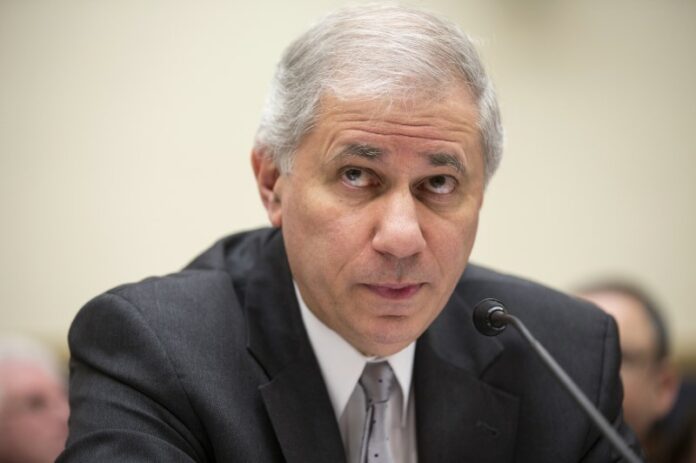 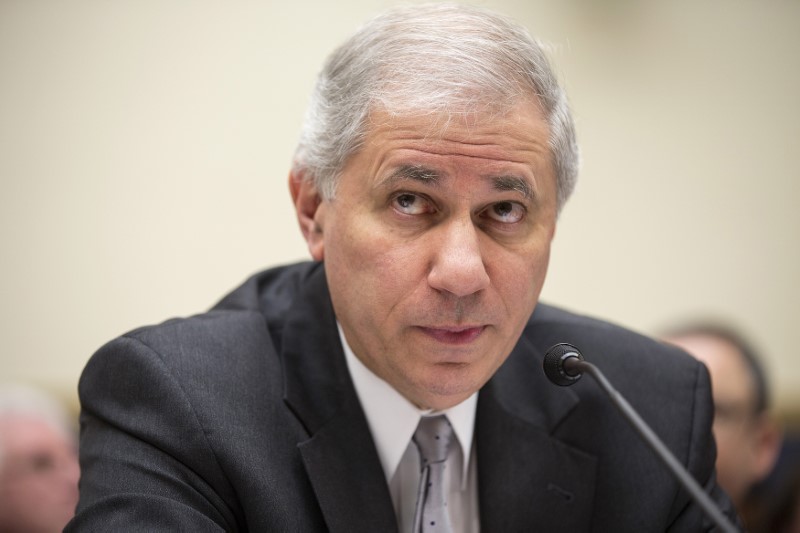 © Reuters. File photo: Gruenberg testifies to the House Financial Services Committee about the effects of the Volcker Rule

WASHINGTON (Reuters) – The outgoing head of a key U.S. banking regulator is airing concern that banks and industry-sympathetic regulators may go too far in efforts to ease rules established after the 2007-2009 financial crisis.

Martin Gruenberg, chair of the Federal Deposit Insurance Corporation, made a broad defense of the post-crisis regulatory landscape on Tuesday, arguing the rules have made U.S. banks safer without sacrificing profitability.

“The danger is that changes to regulations could cross the line into substantial weakening of requirements,” he said in prepared remarks to a forum on regulation and markets. “Let’s be clear: Our largest banking organizations are not voluntarily holding the enhanced capital and liquid asset cushions required by current rules.”

Gruenberg cautioned that the U.S. economy is in its third-longest expansion in history, suggesting the country may be overdue for a potentially severe correction. And if financial markets or the broader economy took a hit, regulators should be sure banks are built to weather that stress.

Specifically, Gruenberg cautioned that efforts to return monetary policy to more normal conditions at central banks across the globe could pose problems as interest rates rise. And he noted that stocks, bonds and real estate are all “richly priced,” suggesting a correction could be on the way.

“Taken together, these circumstances may represent a significant risk for financial market participants,” he said. “While banks are now stronger and more resilient as a result of the post-crisis reforms, they are not invulnerable.”

Gruenberg highlighted those looming risks to push back against the growing drive within the Trump administration and banks to loosen regulations in a bid to spur more economic activity.

Specifically, he aired concern about weakening capital requirements of the largest financial firms by removing certain investments from calculations for the Enhanced Supplementary Leverage Ratio, and lowering that ratio altogether.

Gruenberg did not rule out revisiting existing rules altogether. He said some rules, like the “Volcker Rule” ban on proprietary trading, could be made less onerous.

He is one of just a handful of appointees of President Barack Obama still steering financial regulators. His term as chair of the FDIC expires at the end of November.

However, his replacement has not yet been nominated and would have to be confirmed by the U.S. Senate, meaning Gruenberg has the option to staying on as FDIC chief for potentially months. He has not stated his plans for after his term expires.