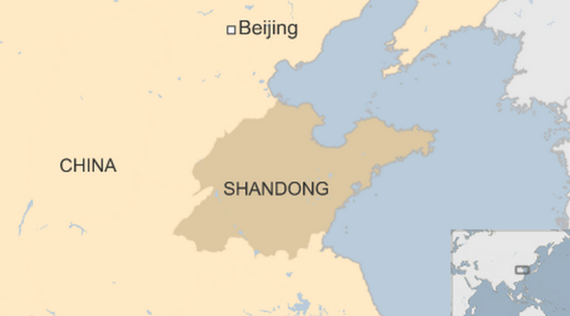 Fire breaks out at warehouse in China’s Shandong province, no casualties so far

SINGAPORE (Reuters) – A warehouse storing rubber products in a logistics park in China’s eastern Shandong province caught fire on Friday, though no casualties were reported so far.

The fire broke out at the warehouse in the Jimo district of the port city of Qingdao in Shandong at 0825 GMT, with officials and firemen rushing to the scene to put it out, the Jimo local government said on its official Weibo microblog.

“Everybody has evacuated and no one was injured,” the Jimo government said. Pictures from local media websites showed huge plumes of smoke billowing out of the warehouses.

Fire safety has come under scrutiny in China after a deadly blaze last month killed 19 in the far southern fringe of Beijing. Earlier on Friday, state media reported a skyscraper in the northern Chinese port city of Tianjin killed 10 and injured five.