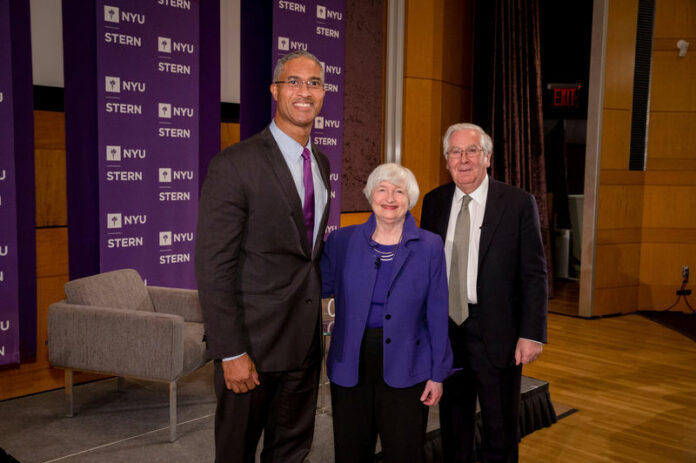 Exclusive: Contenders emerge for No.2 Fed job, search to narrow 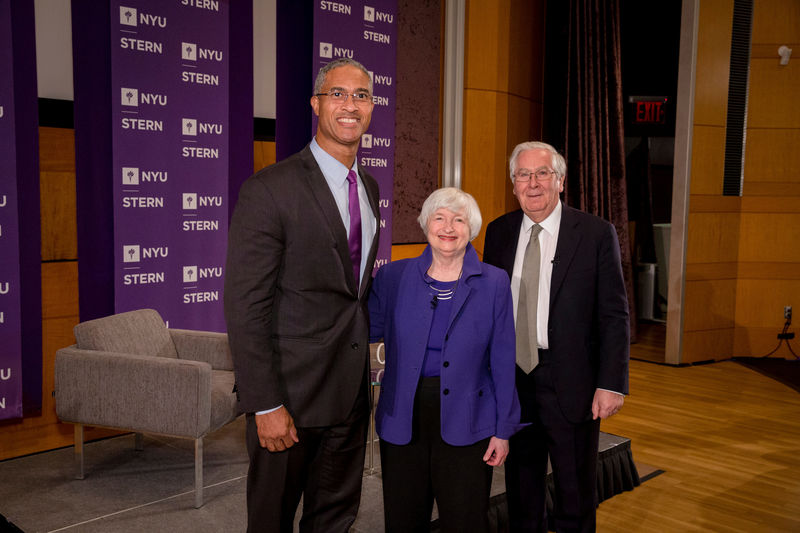 By Jonathan Spicer and Rob Cox

NEW YORK (Reuters) – The Federal Reserve Bank of New York will soon narrow its search for candidates to fill what is considered the Fed’s second-most powerful job after having scouted a diverse field, from a local business school dean to a former Fed governor.

New York Fed President William Dudley steps down in mid-2018 and people in contact with the directors leading the search for his successor say they have so far considered several economists, academics, investors, bankers and policymakers.

“They are looking beyond the traditional mold” of an expert in banking, markets or monetary policy, and plan to start trimming a preliminary list of candidates in coming days, said one person in contact with the directors.

The New York Fed president is at the intersection of U.S. monetary policy and financial markets, and is responsible for the policing of Wall Street and the diplomacy with central bank counterparts around the world.

Unlike other top roles with a permanent vote on policy, the New York Fed boss is nominated by the regional bank’s board of directors rather than the White House and does not require Congressional approval.

Dudley’s successor could play an even greater role guiding the Fed through a historic leadership change in which U.S. President Donald Trump can fill six of the seven seats on the Fed Board of Governors. He has so far named Jerome Powell and Randal Quarles – lawyers, not PhD economists – to top positions in Washington, with Powell replacing Chair Janet Yellen who unlike her predecessors will only serve one term.

Both men support the Republican push for Wall Street deregulation. Yet their limited experience with monetary policy has raised questions over who will guide the Fed’s tightening plans and over how prepared it will be to tackle any severe economic downturn. The New York Fed under then-president Timothy Geithner played a critical role in U.S. efforts to contain the financial crisis in 2008.

By now the New York Fed directors have kept it open what an ideal candidate profile should look like, according to people familiar with the search. Two of those people, who declined to be named given the sensitivity of the process, said search firms have contacted among several others Peter Blair Henry, 48, dean of New York University’s Stern School of Business, and former Fed governor Kevin Warsh,

Warsh, 47, who was in the running for Fed Chair before Trump picked Powell last month, declined to be considered for the New York job, they said. One of these people said Henry appeared to be the early front-runner.

Henry and a spokeswoman for Warsh at Stanford University’s Hoover Institution, where he is a visiting fellow, did not respond to requests for comment.

The permanent-voting Fed governors need a White House nod and Senate approval. The other 11 district presidents vote every two or three years under a century-old rotation meant to emphasize New York’s unique role as a counterbalance to the Washington-based board. Its president enjoys broad independence and also serves as vice chair of the central bank’s rate-setting committee. (For a graphic of the Fed’s ideological doves and hawks, see: https://goo.gl/5BpTex)

Still, the Fed’s Board of Governors would need to approve the nominee chosen by New York’s four-member search committee led by liberal-leaning directors Sara Horowitz and Glenn Hutchins. Horowitz, founder of the Freelancers Union which advocates for independent workers, chairs the New York Fed’s board. Hutchins is co-founder of private-equity firm Silver Lake Partners and a noted public-policy philanthropist.

Several weeks before Dudley’s resignation announcement in early November, the two were already hitting the phones and holding meetings to cast a wide net for potential candidates diverse primarily in terms of professional background, but also race and gender, according to those familiar with the effort.

The initial search suggests the next New York Fed chief could have a different background than Dudley and his predecessors, who tended to be bankers or market economists, sometimes with U.S. Treasury experience, and who were all white and male.

Dudley was chief economist at Goldman Sachs (NYSE:) before joining the Fed where he became a key architect of its crisis response and later the No. 2 policymaker behind Yellen.

At the time of his departure, the New York Fed will have only begun the tricky task of trimming its currently $4.4-trillion portfolio of assets accumulated since the crisis, a task that would favor candidates with market experience.

Jamaica-born Henry, who will step down as Stern’s dean at year end, would instead bring his expertise in global trade and shore up the number of economists in the Fed’s upper ranks.

A review of Henry’s public papers and comments reveal little about his views on U.S. monetary policy or financial supervision, though his expertise in capital flows could bolster the New York Fed’s role as foreign liaison. If chosen he would become the institution’s first black president.

Those who have spoken to New York Fed directors said past and present insiders, as well as outsiders, were considered. Among them were: Simon Potter, the head of the New York Fed’s markets desk; Brian Sack, his predecessor in that role now at hedge fund D.E. Shaw; and Lorie Logan, Potter’s deputy.

All of those named declined to comment. It was unclear how much formal contact if any they have had with the New York Fed about the job. The bank has said the process should take six to nine months.